On Saturday, the last day of the summit, the prime minister was seen cleaning up a beach by picking up plastic litter and other waste during his morning walk. 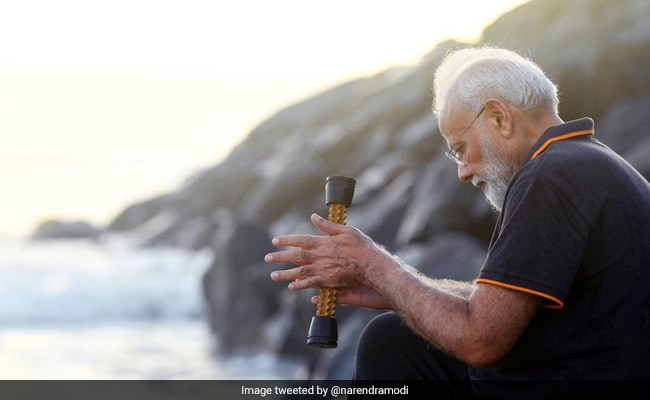 Ending the curiosity of people over the stick-like object he was holding while plogging on the Mamallapuram beach, Prime Minister Narendra Modi on Sunday said it was an acupressure roller that he often uses.

PM Modi was in the coastal town for a two-day informal summit with Chinese President Xi Jinping. On Saturday, the last day of the summit, the prime minister was seen cleaning up a beach by picking up plastic litter and other waste during his morning walk. "Since yesterday, many of you have been asking - what is it that I was carrying in my hands when I went plogging at a beach in Mamallapuram. It is an acupressure roller that I often use. I have found it to be very helpful," PM Modi tweeted.

He also posted pictures of the acupressure roller he was holding at the beach. PM Modi on Saturday had released a three-minute video of his plog on the beach where he was seen collecting waste and urged the people to ensure that public places are clean and tidy. Picking litter while jogging is referred to as plogging.

During his speech on Independence Day this year, PM Modi had announced a campaign to make the country free of single-use plastic.

The Swachh Bharat Abhiyan for a clean India, launched in 2014, has been his pet programme.

In his Mann ki Baat radio programme last month, Prime Minister Modi had hailed the efforts of India's perhaps first 'plogger' Ripudaman Belvi who has launched a campaign to pick up litter while jogging.

PM Modi had said that while plogging is in use in foreign countries, in India Belvi has promoted it to a great extent. Last week, Modi termed plogging as "win-win because it improves fitness and the environment".