Days After Win, War Of Words Between BJP Lawmakers In Madhya Pradesh 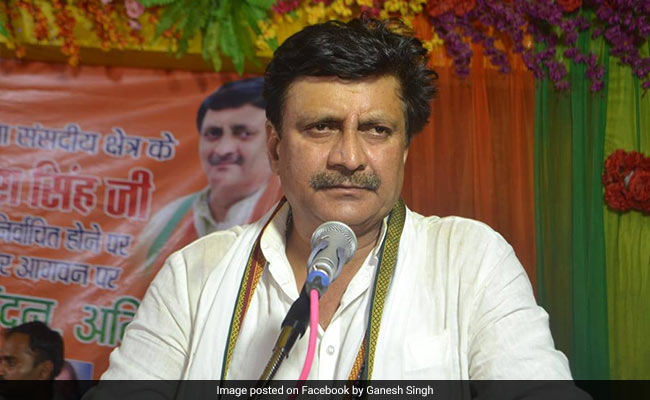 Within weeks of a landslide Lok Sabha win for the BJP in Madhya Pradesh, rifts have surfaced in the party. Ganesh Singh, the four-time parliamentarian from Satna Lok Sabha seat, has spoken in a threatening tone about the workers who campaigned against him. In response, a BJP legislator wrote on social media that he has lost his mind.

Mr Singh, a powerful Kurmi leader in Vindhya region, who won the Satna seat for the fourth time, was addressing a thanks-giving meeting in Nagod assembly segment when he slammed party workers and leaders who allegedly campaigned for his rival.

"I know all those who worked for the rival party candidate despite being from the BJP. I am clearly telling such workers not to come across me even accidentally, as I might use such words for them, which won't sound good. Betrayal of one's own party in the elections will not be tolerated," he said.

Mr Singh's attack was aimed at the party leaders, including Rampur-Baghelan legislator Vikram Singh and Maihar legislator Narayan Tripathi, besides former Satna lawmaker Shankarlal Tiwari, sources said. Some of these leaders had even backed the Congress candidate Rajaram Tripathi.

Mr Tripathi responded to Mr Singh's barb with a Facebook post. He said it wasn't the sitting parliamentarian's popularity which secured a win for him but it was the Narendra Modi wave and hard work of BJP president Amit Shah, which delivered the stellar result.

"He (the MP) has lost his mental balance after the unprecedented win, but the threatening tone in which he has spoken about party workers and leaders is intolerable and the matter will be raised before party's top leadership," he wrote.