"Wanted To Make Them Pay": Nirbhaya's Lawyer Opens Up About Her Case

"Maybe it was just in my destiny to go through all of this, so that one day I could fight the most important case of my life - to get justice for Nirbhaya," said Seema Samridhi. 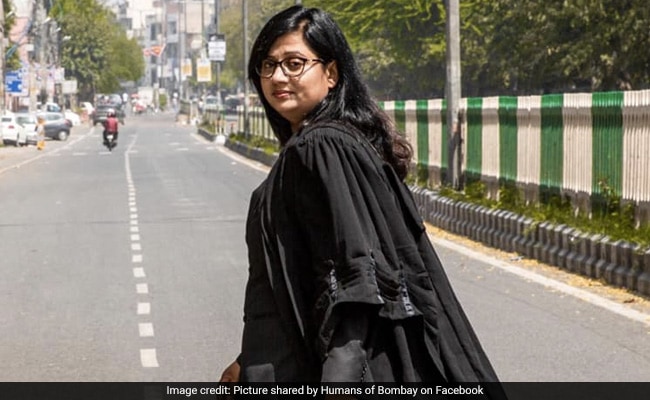 Seema Samridhi spoke about the Nirbhaya case to 'Humans of Bombay'.

The lawyer who fought the case against Nirbhaya's rapists has opened up about the trial in a six-part interview with 'Humans of Bombay'. The interview comes weeks after the four Nirbhaya case convicts were hanged on March 20 - seven years after the medical student was gang-raped and tortured with an iron rod on a moving bus in Delhi.

In her interview, Seema Samridhi began by talking about her childhood growing up in a village in Uttar Pradesh.

She said that though she faced discrimination early on as a girl, her father gave her the space to grow independently, even letting her continue her education beyond the eighth grade - something that was unheard of in their village.

She also spoke about an incident where she beat up a man who teased her, and how it affected her outlook in life. " My intolerance towards inequality and patriarchy started since then, but maybe it was just in my destiny to go through all of this, so that one day I could fight the most important case of my life - to get justice for Nirbhaya," she said.

When her father died in 2002, she moved out of her home to study law. Eventually, she moved to Delhi and was staying at a paying guest accommodation when news of Nirbhaya's rape broke on December 16, 2012.

"When more details started pouring in, something in me moved. I wiped my tears. All my life, I'd fought for myself, but this wasn't the time to sit at home and cry -- it was the time to get out there and fight back," said Ms Samridhi, adding that she attended every protest that took place in the national capital after the incident. When Nirbhaya died of her injuries on December 29, the lawyer organised a meet in her memory and invited her parents. "After that, there's rarely been a day that I haven't spoken to aunty," she said.

Over the next year, she said, Nirbhaya's case moved slowly, and her parents began to lose hope. After the convicts' lawyer AP Singh made insensitive comments about Nirbhaya - saying "if she was my daughter, I would have poured petrol on her and let her burn" - Seema Samridhi decided to take up her case, promising Nirbhaya's mother that she would fight for her.

Speaking about the convicts, she said she wanted to "beat them and make them pay with my own hands for what they did", but had to keep her cool as a lawyer.

"Through a flurry of cross-examinations, witness statements and DNA testing, I saw all four of them lie through their teeth. Vinay and Pawan said they were at a party that night; Akshay claimed he was out of town, and Mukesh said he was just driving the bus and didn't rape her," she said. "I can't put into words what I felt when they produced that rod in court. I felt like I would faint, even imagining the pain that it would have caused her -- still, they lied and said they hadn't seen the rod before. Their fingerprints were all over it."

She also spoke about the convicts' lawyer AP Singh and his attempts to delay the execution after the Supreme Court verdict in the case called for their hanging.

"AP Singh tried everything to delay the final execution. He drowned me in countless petitions," said Ms Samridhi. "He had found his loophole -- the convicts were to be hung together or not at all. So, even though he could have filed petitions for all four of them together -- he chose to file each one after the previous one had been dismissed, prolonging the trial and our agony."

She said that she became "relentless" in her fight for Nirbhaya, writing letters to the President and Prime Minister and questioning the delay aggressively in the media.

"Finally, seven years, three death warrants and countless delays later, our efforts paid off," she said, also speaking about AP Singh's "last ditch attempt" to save the four convicts by calling an emergency session of the Supreme Court at 12 am, hours before their hanging.

"At that point, I didn't even need to fight back; the court was tired of his antics and saw through them. Finally, at 3 in the morning, the judge said, 'It's time for your clients to meet with God and you need to accept that AP Singh!'"

"At 5:30 am that same morning, as aunty, uncle and I watched the news of the hanging at Tihar jail, we hugged each other and cried," she said. "We had finally won."

Ms Samridhi concluded her interview by talking about the messages she receives from women who have been raped and abused, and the fight ahead.

"I'm going to reach out to all of them to say, 'Hum chodenge nahi unhe'. The fight has just begun."