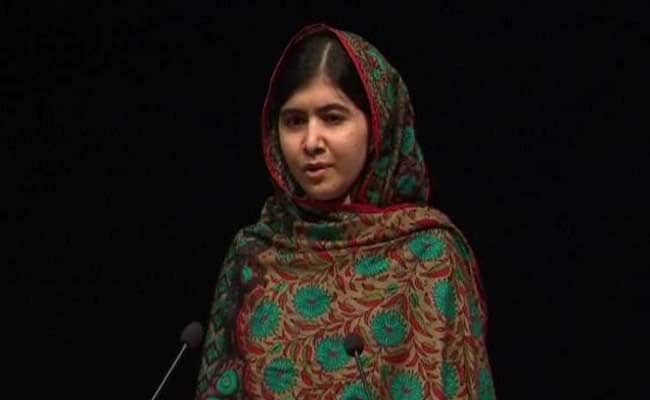 "I request Narendra Modi and Nawaz Sharif to join us when we receive peace prize. Hope my request would be heard and listened," said Malala, while addressing the media in London.

The 17-year-old, who is youngest recipient of the Nobel Peace Prize, said she spoke to Mr Satyarthi and the both of them will try to build strong relations between India and Pakistan.

"We have tension on borders between India and Pakistan. We want to fight for peace, development, progress," she said.

This week has seen the worst violence at the International Border with Pakistan in a decade - eight people have been killed and over 60 have been injured in heavy firing and shelling by Pakistani troops.

Today, firing by Pakistani troops along the International Border in Jammu and Kashmir registered a sharp decline. However, sources in the Border Security Force said it was too early to call it a "de-escalation". ('War Not an Option,' Says Pakistan as Border Firing Declines Sharply)

Promoted
Listen to the latest songs, only on JioSaavn.com
India, sources said, will wait and watch before initiating any move to talk or even respond to any possible overtures from Pakistan.

India has accused Pakistan of firing to distract its forces and help militants infiltrate into Kashmir. Indian Army sources told NDTV they believe nearly 700 militants are waiting to cross into the Kashmir Valley from across the border.
Comments
Malala YousafzaiNobel Peace PrizeNobel Peace Prize 2014Kailash Satyarthi