The Supreme Court had ordered a CBI probe in 2015 at a time Mr Chouhan was under intense pressure from rival sections within the party and the opposition Congress that linked a spate of more than 30 deaths to the Vyapam scam. 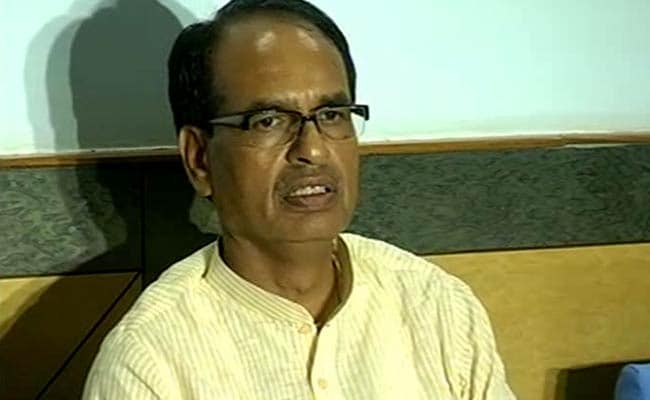 NEW DELHI: Madhya Pradesh Chief Minister Shivraj Singh Chouhan, who was seen to have come precariously close to losing his chair in 2015 over the Vyapam examination scam, has been given a clean chit by the federal probe agency Central Bureau of Investigation, or CBI, in the scandal.

The agency, which filed charges against 490 people, said a hard disc that Congress' Digvijaya Singh had alleged was tampered to erase references to the chief minister, had not been tinkered with.

The Supreme Court had ordered a CBI probe in 2015 at a time Mr Chouhan was under intense pressure from rival sections within the party and the opposition Congress that linked a spate of more than 30 deaths to the Vyapam scam. This list included a journalist tracking the case Akshay Singh and the then Governor Ram Naresh Yadav' son Shailesh.

The long list of accused charged by the CBI on Tuesday, however, only includes 3 officials of the Madhya Pradesh Professional Examination Board (Vyapam), 17 middlemen and "three racketeers" who engineered the scam.

These people ensured that aspirants who paid money to clear the 2013 pre-medical test were seated just behind the assigned 'solver', also enrolled as a candidate who would let the beneficiary copy the answers. There were also reports of imposters writing the examination for candidates for a fee or candidates leaving the answer sheet blank which were written at a much later stage.

A CBI statement said 297 beneficiary and solver candidates and 170 guardians of the candidates had been charge-sheeted. The CBI is also going to file charges against 12 minors in a juvenile court.

There had been complaints of exam fraud earlier too and earlier this year, the Supreme Court had cancelled degrees of over 600 doctors who had obtained admission to the course through fraud between 2008 and 2012. But it was only in 2013 that the fraud developed political overtones. Chief Minister Chouhan, the key target of those attacks, had insisted that he should be credited, and not attacked, for the expose.

"I am the whistle-blower in the Vyapam scam, I found discrepancies and so ordered STF (special task force, or special team) probe," he told NDTV after the top court ordered the probe in 2015.

It is around this time that Mr Chouhan was considered to be politically vulnerable and faced jabs from within the party as well. The state's Home Minister Babulal Gaur, who Mr Chouhan had replaced in 2005, had said he would have advocated a CBI probe much earlier if the Chief Minister had consulted him.

Speaking against the backdrop of a series of deaths, another party colleague, Uma Bharti, told news agency PTI that she was a minister "but still I am scared. I will convey my fears to Shivraj Singh Chouhan".
Comments
Madhya Pradesh Chief Minister Shivraj Singh ChouhanVyapam Scam CBI ProbeCBI Charge Sheet