"Tell me what wrong have I done? If I have done something wrong I will apologise," Vivek Oberoi said. 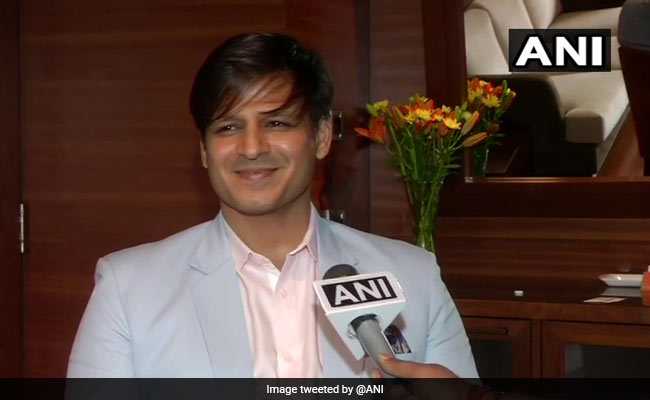 Shredded over a meme featuring actress Aishwarya Rai Bachchan, actor Vivek Oberoi dug in his heels on Monday, saying that he had not done anything wrong. Earlier in the day, the actor was sent a notice by the women's commission for the post that was deemed offensive by many including celebrities on Twitter.

"I have no problem in apologising, but tell me what wrong have I done? If I have done something wrong I will apologise, I don't think I have done anything wrong," the actor told news agency ANI.

The meme in question featured three pictures of Aishwarya Rai Bachchan - one with actor Salman Khan, one with Vivek Oberoi and the last with her husband Abhishek Bachchan and daughter Aaradhya. The pictures were captioned "opinion polls", "exit polls" and "results".

Within minutes, Twitter skewered the actor for the meme which he captioned, "Haha! creative! No politics here...just life."

Vivek Oberoi went on to say that people are making a "huge issue out of it" and said he just "laughed at the meme". He also said he was "appreciating the person for the creativity".

"Those in the meme don't have a problem, but everyone else has," he claimed. Aishwarya Rai has not responded to the controversy yet.

Linking the controversy to his yet-to-be released biopic on Prime Minister Narendra Modi, the actor said people who could not stop the release of his movie, were trying to put him behind bars.

Taking a shot at Bengal Chief Minister Mamata Banerjee, the actor said she put "someone behind bars for a meme" referring to the arrest of BJP activist Priyanka Sharma who had shared a morphed picture of the chief minister.

"I'd like to meet them, I'll also like to explain myself because I don't think I have done anything wrong," he said.

The defiant actor, however, had some advice for Ms Kapoor who called the meme "disgusting and classless".

Over 44.45 Lakh People Affected Due To Cyclone Amphan In Odisha