Indisposed for the last one month, Mr Dalmia died in his Golf Link based residence, in Delhi today. 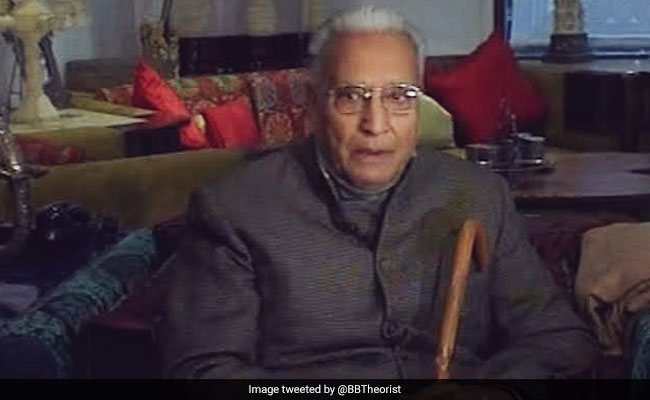 Vishnu Hari Dalmia was 91. He died at his Delhi residence today

He said, indisposed for the last one month, Mr Dalmia died in his Golf Link based residence, in Delhi today.

Though he played crucial role in Ram Janmabhumi agitation, he said, however, his last wish of watching a majestic Ram temple in Ayodhya remained unfulfilled.

Mr Sharma said, social service was his religion as during his life he never missed an opportunity to provide relief to humanity, through different projects, especially in Brijbhumi, even at the cost of his business.

A committed "gau sevak (in the service of cow)", he not only established "gaushala" in the precincts of Sri Krishna Janmasthan Mathura, but also helped Brijbhumi and other districts based gaushalas, Mr Sharma said.

He said, to save dead cows ill-treated from dogs and wild beast, he made arrangement of completing last rites of cow, with facility for shifting them up to their burial place.

Brijwasis owe to his efforts for the upliftment of Sri Krishna Janmasthan based Ayurvedic hospital, he concluded.