The prime minister said he want to make it clear that "violence, abuse and rude behaviour is not acceptable." 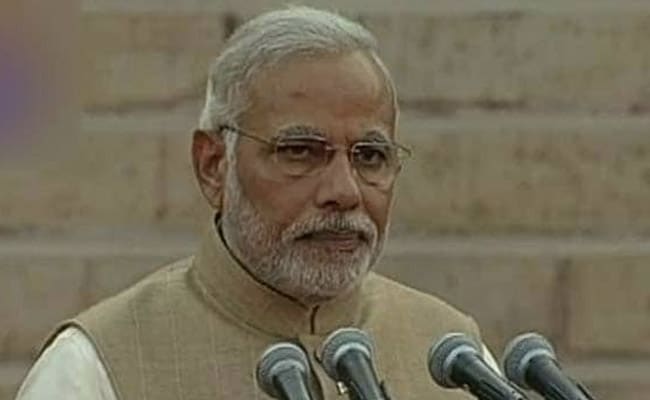 Violence against healthcare personnel and rude behaviour towards them are not acceptable, Prime Minister Narendra Modi said on Monday, noting that such incidents are a result of "mob mentality".

Addressing the 25th foundation day of the Rajiv Gandhi University of Health Sciences in Bengaluru via video, PM Modi said he is aware of "an area that is of great concern to you all".

"Due to a mob mentality, those working on the frontlines, those on duty -- be it doctors, nurses, safai (sanitation) workers, others are subject to violence," he said.

The prime minister said he want to make it clear that "violence, abuse and rude behaviour is not acceptable."

The prime minister said at the root of India''s brave fight against COVID-19 is the hard work of the medical community and the corona warriors.

The prime minister noted that steps have been taken to protect healthcare personnel.

"Steps have been taken to protect you against any form of violence.We have also provided an insurance cover of Rs 50 lakh for those on the frontline (of fighting the pandemic)," he said.

In April, the government had issued an ordinance making acts of violence and harassment against healthcare personnel deployed in combating COVID-19 a non-bailable offence, meeting a key demand of health professionals in the wake of recent attacks on them while discharging their duty.

The maximum sentence under the new provision is seven years imprisonment and Rs five lakh fine.

A person can be sentenced to anywhere between three months and five years of jail, besides a fine between Rs 50,000 and two lakh, for such crimes.

In cases where injuries caused are serious, the punishment will range from six months to seven years, and carry fine between Rs 1-5 lakh.
The ordinance had amended the Epidemic Diseases Act, 1897, and the tweaked law will also be invoked if health care personnel face harassment from their landlords or neighbours over suspicion that they may carry the coronavirus infection due to the nature of their work.