"Vikas" Is Asking Where is "Ache Din" Manifesto: Akhilesh Yadav To PM

Using the hashtag #VikasPoochhRahaHai, Akhilesh Yadav launched a scathing attack on PM Modi on the latter's claims on development 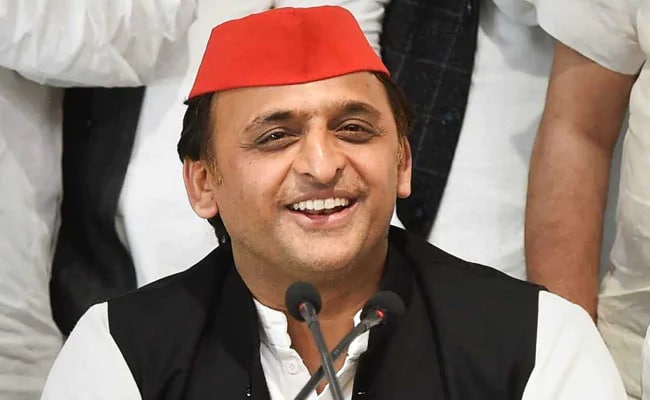 "Will BJP release its manifesto of 'achhe din' manifesto after elections are over, says Akhilesh Yadav

Hours before Akhilesh Yadav released his party's "vision document", for the Lok Sabha elections, the Samajwadi Party chief poked fun at the BJP and asked if the party will release its manifesto of "achhe din" after the elections are over. "Vikas (development) is asking will the Prime Minister's 'acche din' manifesto come after the polls...this time even the BJP supporters are not able to speak among themselves that 'acche din' is coming...how will they say this to the people?" tweeted Akhilesh Yadav.

In a series of tweets using the hashtag #VikasPoochhRahaHai, Akhilesh Yadav launched a scathing attack on Prime Minister Narendra Modi on the latter's claims on development. He questioned why the NDA government hid the statistics on unemployment and poverty and alleged that in the last five years the gap between the rich and the poor has only multiplied.

The BJP has not yet formally said when the party will release its manifesto. Party sources say, it will only come out after the auspicious Navrati starts tomorrow.

"The manifesto is ready and it will be a vision for a strong and developed India. The party will give an account of the work done in the last five years," BJP sources told NDTV. It will focus on development, farmers, women, youth and the poor sources said.

In the last general elections in 2014, the BJP had released its manifesto on the first day of the nine-phase elections on April 7 and during the Gujarat Assembly elections in 2017, it was released on December 8, just a day ahead of polls.

This time no party can release its manifesto within 48 hours of polls. The Election Commission, under the Model Code of Conduct, has said that in multi-phase elections, the 48-hour restriction will apply before each polling date.