The supreme court had on July 11 sentenced Vijay Mallya to four months in jail for contempt of court. 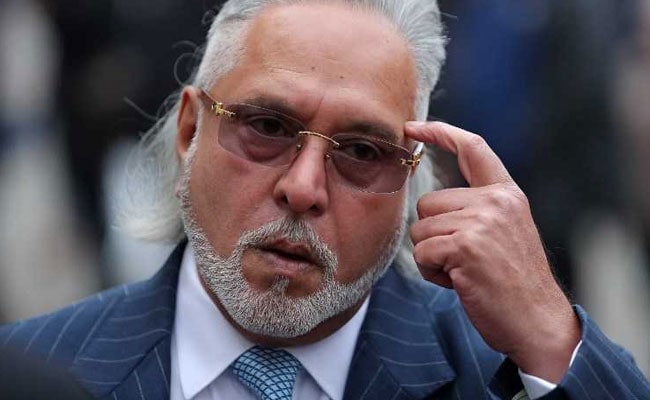 Vijay Mallya is an accused in a bank loan default matter of over Rs 9,000 crore. (File)

The recovery officer of a Debt Recovery Tribunal at Bengaluru has told the Supreme Court that neither Vijay Mallya, who was sentenced to four months in jail for contempt of court, nor any other beneficiary of the transfer of funds case, have deposited any amount with the tribunal till August 18.

The top court had on July 11 sentenced Vijay Mallya to four months in jail for contempt of court, and had directed him and the beneficiaries under the said transactions relating to USD 40 million to deposit the amount received along with interest at the rate of 8 per cent per annum with the recovery officer concerned within four weeks.

The bench had also asked the Centre to secure the presence of the fugitive businessman, who has been in the United Kingdom (UK) since 2016, to undergo imprisonment.

A bench comprising Chief Justice Uday Umesh Lalit and Justice S Ravindra Bhat will consider the plea, filed by a consortium of banks led by State Bank of India, for further proceedings on Monday.

"It is further submitted that a letter dated August 18, 2022, received from Recovery Officer-2, DRT-2, Bengaluru stating therein that Recovery Officer has not received any amount either from the Contemnor (Vijay Mallya) or from beneficiaries, till date," the office report of the case uploaded on the supreme court's website said.

The top court is also likely to consider the letters submitted by the Ministry of Home Affairs about further developments in the case on Monday.

Earlier, while awarding the sentence to Vijay Mallya, 66, the bench had said he never showed any remorse nor tendered any apology for his conduct and adequate punishment must be imposed to maintain the majesty of the law.

It also had imposed a fine of Rs 2,000 on Vijay Mallya, who was held guilty of committing contempt of court by the top court on May 9, 2017, for transferring USD 40 million to his children in violation of court orders.

It had said in case, the amount is not deposited, the recovery officer concerned shall be entitled to take appropriate proceedings for recovery of money, and the Government of India and all agencies concerned shall extend assistance and complete cooperation.

"It shall be open to take such appropriate steps, including the appointment of forensic auditor(s)," the court had said.

It had said in case the fine amount of Rs 2,000 is not deposited within the stipulated time, Vijay Mallya shall undergo a further sentence of two months.

The transactions referred to in the judgement and order dated May 9, 2017 in terms of which the amount of USD 40 million was disbursed to the beneficiaries are held to be "void and inoperative", the court said.

The bench noted that in its May 9, 2017 verdict, the top court had found that the action on part of Vijay Mallya in disbursing the amount of USD 40 Million was against the "text and tenor" of orders passed by the Karnataka High Court and that the contemnor was guilty of contempt.

Vijay Mallya is an accused in a bank loan default matter of over Rs 9,000 crore involving his defunct Kingfisher Airlines.

The supreme court had in 2020 dismissed Vijay Mallya's plea seeking a review of the May 2017 verdict.

Vijay Mallya has been living in the United Kingdom since March 2016. He is on bail on an extradition warrant executed by Scotland Yard on April 18, 2017.

A consortium of lending banks led by the State Bank of India had moved the supreme court alleging that Vijay Mallya was not following the court orders on repayment of the loan which was then over Rs 9,000 crore.