The bank is seeking possession of the property, which Vijay Mallya used as a family home. It says Rose Capital Ventures, the company that took out the mortgage, hasn't repaid it. 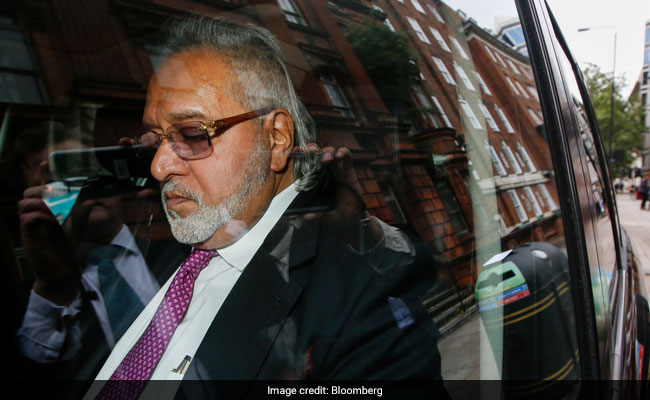 Vijay Mallya was arrested in April 2017 and is waging a fight to his block extradition on fraud charges.

The bank is seeking possession of the property, which Mallya -- an Indian tycoon who's battling extradition in a separate case -- used as a family home. It says Rose Capital Ventures, the company that took out the mortgage, hasn't repaid it.

Mallya, a high-profile figure in India where he's referred to as the "King of Good Times," hoped to turn the site -- previously used as offices -- into a "beautiful palatial property" that would be "very fancy," UBS' attorney Thomas Grant told a London court Monday.

"At the end of the day we are simply saying you haven't paid your mortgage loan, as per the term, therefore we seek a remedy given to us, which is possession," Grant said.

Rose is based in the British Virgin Islands and owned by a Mallya family trust, UBS' London court filings say, attributing the information to Mallya. A UBS spokesman, and a lawyer representing Mallya and Rose Capital Ventures, declined to comment.

It's the latest in a series of London lawsuits that the 62-year-old Mallya is fighting. The source of his global legal problems are more than 1 billion pounds ($1.3 billion) in loans that he took out for his now defunct Kingfisher Airlines. Disputes over the loans led to civil lawsuits in India and the U.K. as well as criminal fraud charges.

Mallya was arrested in London in April 2017 and is waging a fight -- in a different court a few miles across town -- to block extradition to India on the fraud charges. At one point the tycoon had to get by on 5,000 pounds a week amid civil lawsuits to collect the money, according to court filings.

The house, located a stone's throw from the London park, is in an area known for some of "the most cherished addresses in London," Trevor Abrahmsohn, a London-based real estate agent, said by phone.

"You overlook the beauty of Regent's Park but you can get to Mayfair in 10 minutes," he said. "It's the oasis for wealthy, cultured people."

UBS appointed receivers over the property, who began proceedings to take possession of the house in November 2016, the bank said in court filings dated April 2018. The family's housekeeper, who lived at the house, was originally brought into those proceedings by being named as a defendant, but she's now moved out of the house, those filings say.

Lawyers for Mallya and Rose say UBS called the mortgage in early and gave no explanation for this, having previously given them "a legitimate expectation" that the bank wouldn't do so. This was "wrongful" and caused Rose to be unable to repay the loan, their filings say.

UBS says it called in the loan, in June 2016, because it had decided to "terminate its relationship" with Mallya and "associated entities" including Rose, after media reports identified Mallya as a "willful defaulter" over Kingfisher Air. In any case, the bank says, the five-year loan expired in March 2017.

Mallya is "one of, if not the, largest individual judgment debtor in British history," UBS said in court filings, and the bank "wanted its money back."

Mallya, his son Sidharta and his mother Lalitha have a right to remain in the property under "an irrevocable contractual license" from Rose, which holds the property for them, according to their earlier court filings from May.

The hearing over the London property was due to continue on Tuesday, and to cover an application by the bank to strike out any allegation that those rights to remain in the property take priority over the mortgage. A full trial is scheduled to start in May.

The case is UBS AG v Rose Capital Ventures Limited and others, High Court of Justice, Business and Property Courts of England and Wales, Case No. BL-2018-000819.