The debris of a helicopter that disappeared mid-air in Arunchal Pradesh six days ago was found early this morning. There is no information yet about the two pilots and passenger who were on board.

The wreckage of the helicopter, run by the state-owned Pawan Hans, was found in the thick forested region of the Tirap district in the eastern part of the state. 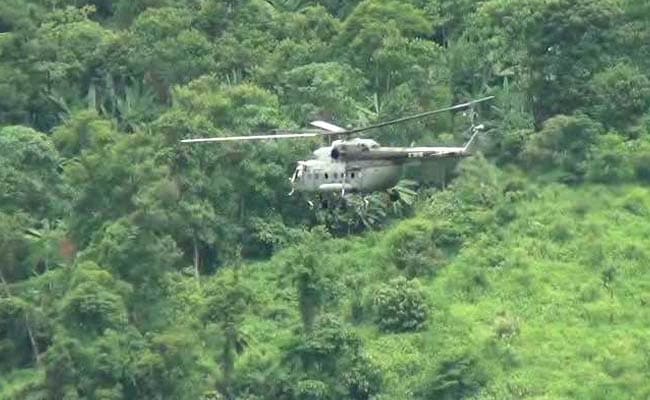 The remains of the chopper were located by an extensive rescue mission launched from both ground and air by security forces.
Pilots M S Brar and Rajiv Hoskte were on the helicopter with senior bureaucrat C Dr Kamalesh Kumar Joshi when it lost contact with Air Traffic Controllers on August 4.