Two persons, including a notorious gangster, were shot dead and one person was injured when four persons believed to be part of a gang opened fire in Rajasthan today, police said.

According to reports, dreaded gangster Raju Theth was killed when four people opened fire on him at the entrance to his house on Piprali Road in Sikar city at 9.30am. Police said the assailants have been identified and a statewide search is on to arrest the culprits.

The other person killed in the incident has been identified as Tarachand Kadwasara, who reportedly went to that area for his daughter's admission to a coaching centre. His cousin was also injured in the firing.

The place where the incident took place has several hostels and coaching centres. Gangster Theth's brother also ran a hostel there, sources said. 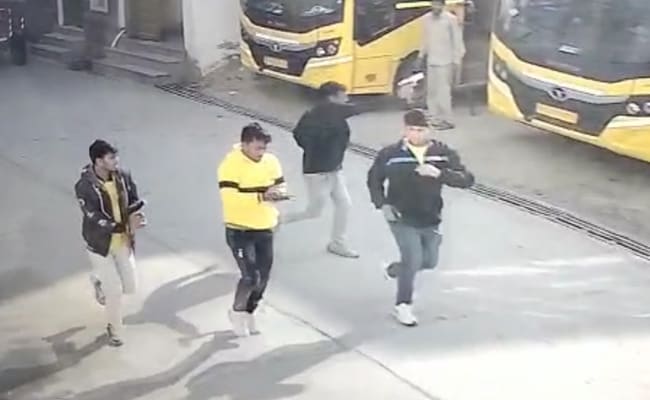 According to a police official, Theth, who suffered three bullet injuries, had a rivalry with another gang in the Shekhawati region of the state.

In multiple video footage captured on CCTV cameras, the four accused can be seen shooting at Theth on a street and then running away from the spot, with one of them firing in the air to scare away passers-by and witnesses.

Soon after the murder, a person named Rohit Godara, who introduced himself from Lawrence Bishnoi gang, claimed responsibility on Facebook, saying Theth's murder was the revenge for Anandpal Singh and Balbir Banuda.

Banuda, a gangster who was a member of the Anandpal gang, was killed in a gang war in Bikaner jail in July 2014.

Supporters of Theth have called for a bandh in Sikar and demanded immediate arrest of the killers.