The star cricketer Sachin Tendulkar, dressed in a military green jumpsuit, was seen holding a smartphone trying to capture a bit of the show at Pokhran. 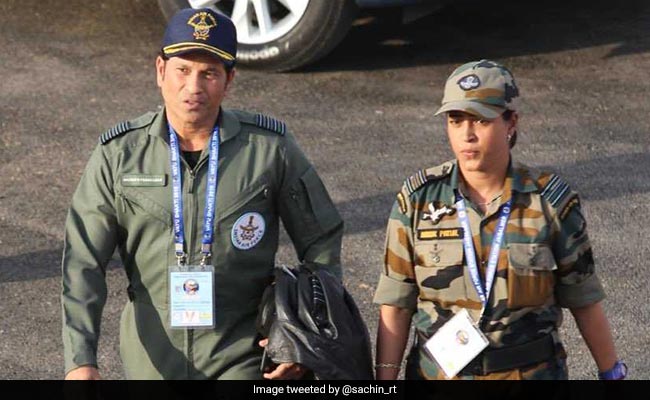 Sachin Tendulkar posted photos from the event that got over 10,000 likes in the first 2 hours.

The Indian Air Force, in a 2-hour-long mega excessive, deployed its fighter jets and attack helicopters in a firepower demonstration on Saturday last at Pokhran close to the border with Pakistan.

The star cricketer, dressed in a military green jumpsuit, was seen holding a smartphone trying to capture a bit of the show. 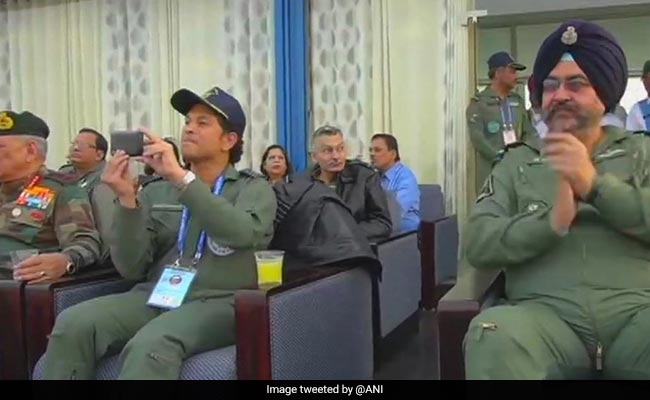 Sachin Tendulkar today posted a photograph of him at the event, and praised the Indian Air Force.

The demonstration during the #VayuShakti2019 at Pokhran, Rajasthan on Saturday showcased the full spectrum combat and fire capabilities of the @IAF_MCC. Proud to be associated with such an esteemed institution. #IAFpic.twitter.com/J3Sq3UZeuC

Released in 1992, the film Top Gun made Tom Cruise an internationally-recognised star and is best remembered for a slow motion shot as he walks away from an aircraft.

Soon after attending the event, Sachin had posted a heartfelt message:

"Proud feeling to witness the might of our Air Force. It is an honour to be present among the bravehearts who lay their lives on the line to defend India and protect us from our enemies!," the 45-year-old right-hand batsman had tweeted.

Two years after the legendary cricketer announced his retirement from international cricket, he was conferred with Honorary Group Captain of the Indian Air Force. 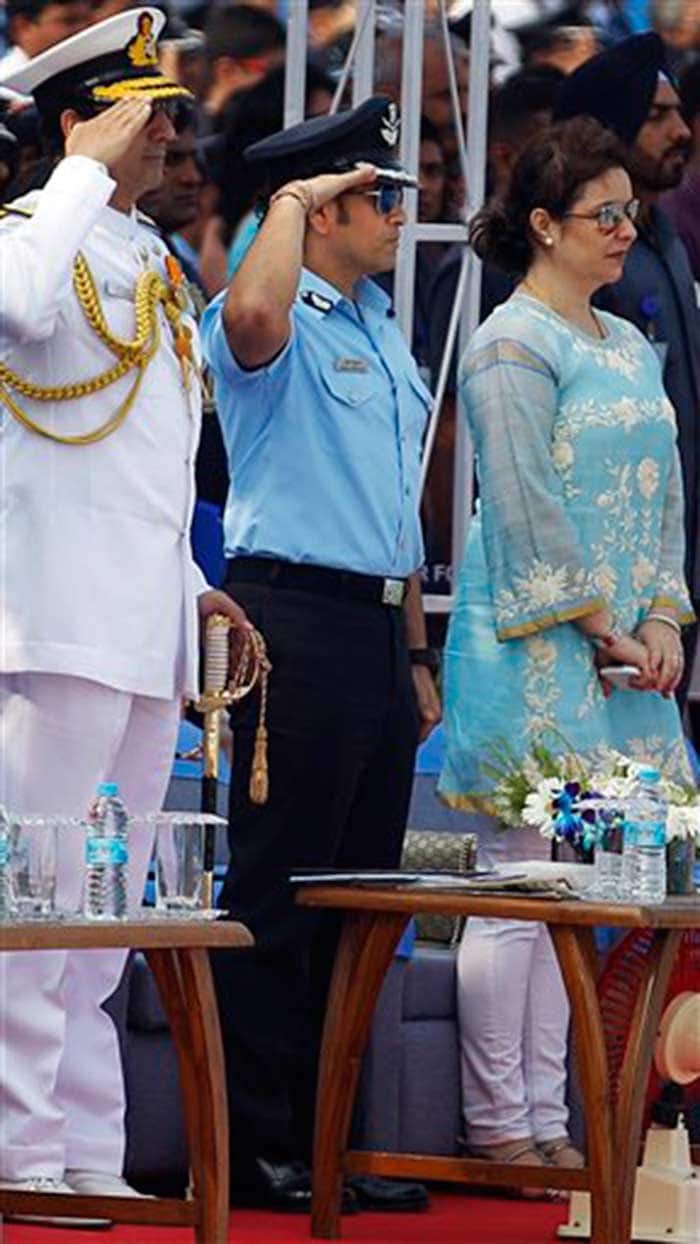 Sachin Tendulkar is the first sportsperson to have received such an honour by the Indian Air Force, who conferred the award in a grand ceremony at the 83rd Indian Air Force Day celebrations in 2015.

The cricketer had, four years ago, received the award wearing the Air Force uniform and has always stood for the commitment and sacrifices made by the country's armed forces.

#VayuShakti2019 The capabilities and strength of @IAF_MCC at display during the day at Pokharan Range, #Rajasthan.

The event was witnessed by CAS ACM BS Dhanoa, COAS Gen Bipin Rawat,Gp Capt @sachin_rt and many others including foreign nationals.@adgpi@DefenceMinIndiapic.twitter.com/lqrkjQ2Yki

The event that took place at sundown was for the first time the ALH and the Akash were deployed in a military exercise.

A sight to behold! Pictures from the stunning #VayuShakti2019 by @IAF_MCC in Pokhran today. The event excellently showcased the superb might and firepower that India possesses. pic.twitter.com/Vr0x8BBfe0

The IAF also deployed the upgraded MiG-29 fighter jet in an air-to-ground role during the exercise. A total of 137 aircraft including Sukhoi-30s, Mirage 2000s, Jaguars, Mig-21 Bison, Mig-27, Mig-29, IL78, Hercules and AN-32 aircraft participated.