The Congress general secretary, who is contesting December 7 elections from Jodhpur's Sardarpura seat, is conducting electioneering in Mewar region for the party. 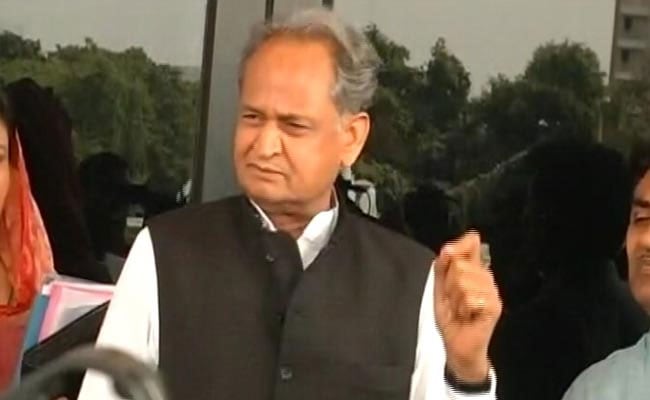 The Congress general secretary, who is contesting December 7 elections from Jodhpur's Sardarpura seat, is conducting electioneering in Mewar region for the party.

"No government in Rajasthan had ever patronised any mafia but the Vasundhara Raje government did that. Land, liquor and sand mafia flourished in her rule in connivance with officers and I blame that money has reached up to the top level," Mr Gehlot told reporters in Udaipur.

"(Vasundhara) Raje bowed before the party president but never met people in five years. Instead of bowing before (Amit) Shah, she should have taken care of the people of Rajasthan who gave such a huge mandate in 2013 elections, but she betrayed them," the former Rajasthan chief minister claimed.

Mr Gehlot alleged that the BJP government in five years only worked to weaken schemes launched by former Congress government and stalled various important projects in the state.

"During the Congress government rule, there were 25 lakh people engaged in MGNREGA works, but now the number has reduced to just 2.5 lakh," he said.

Mr Gehlot alleged that the government spent crores of rupees on Resurgent Rajasthan and now the government should disclose that how much investment was made in the state in five years.

The Resurgent Rajasthan summit was held in 2015 to attract investment in the state.

"The BJP uses the name of Lord Ram during elections only. They have no genuine intention and they have been exposed before public now," he said.

Mr Gehlot is scheduled to address public rally in Chittorgarh, Bagore in Bhilwara, Ramsar in Nasirabad (Ajmer) on Saturday.