The locals have said the condition of BRO's Tawaghat-Sobla road connecting Tidang, the last village along India-China border in Dharchula, Pithoragarh, has worsened due to heavy rains and landlines. 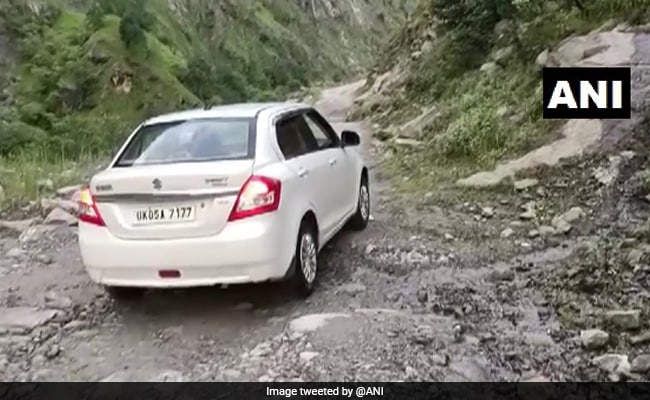 The Pithoragarh-Tawaghat road at Dobat, Thal-Munsiyari road at Hardiya and Tawaghat-Sobla road at Khet in Pithoragarh has been closed due to landslides the Uttrakhand Chief Minister's Office said on Thursday.

The locals have said that the condition of Border Roads Organisation (BRO)'s Tawaghat-Sobla road connecting Tidang, the last village along India-China border in Dharchula, Pithoragarh, has worsened due to heavy rains and landlines.

On this route lies the National Hydro Power Corporation (NHPC)'s dam, for which NHPC vehicles travel every day.

"We had a discussion with the officials of BRO regarding the road. The officers of BRO (Border Road Organisation) have informed us that they have not received any budget for Tawaghat-Sobla road and they are currently focusing on the road connecting Tawaghat to Lipulekh," said Anil Kumar Shukla, SDM, Dharchula, Pithoragarh.

Meanwhile, on Wednesday six people died in the landslide incident in Tanga village of Pithoragarh district. Six dead bodies were recovered while the State Disaster Response Force (SDRF) continues the search operation in which 11 people are missing, said the Deputy Collector of Dharchula. National Disaster Response Force (NDRF), SDRF and district administration along with Indo Tibetan Border Police were involved in the rescue efforts.