President's Rule Lifted From Uttarakhand, Congress Back In Power: 10 Points

Harish Rawat will soon assume office as the Supreme Court has given permission to revoke President's Rule in Uttarakhand.

New Delhi: President's Rule was lifted from Uttarakhand and the Congress government was restored late on Wednesday evening, after the Centre acknowledged that Harish Rawat had won a trust vote held yesterday. "Let us forget the past and start with a new chapter," Mr Rawat told reporters. 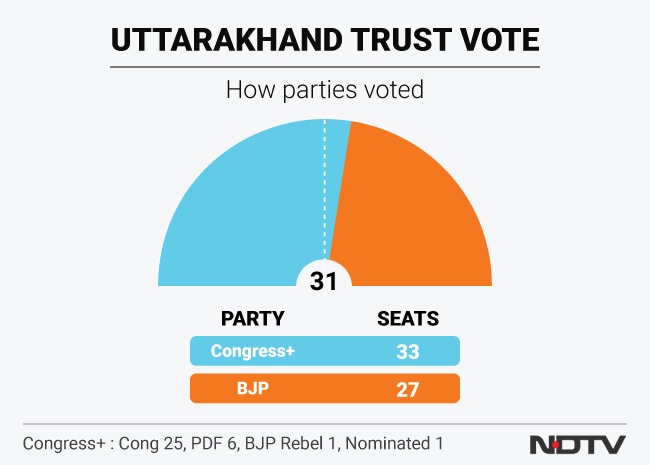