Uttarakhand Rains: State Disaster Response Force stopped around 65,000 people in the state -- 48,000 in Garhwal and 17,000 people in Kumaon -- from going uphill and saved them from getting stranded 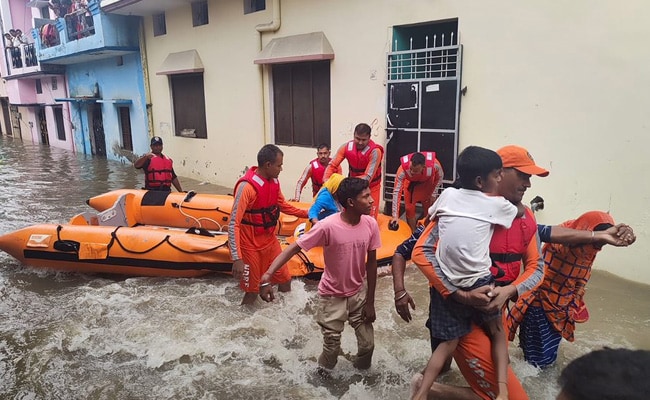 Uttarakhand Rains: Search and rescue operations are still in progress at some places. (File)

The recent spell of heavy rain in Uttarakhand could not become as devastating in its impact as it could due to the alertness of state police and SDRF, DGP Ashok Kumar said.

In view of the heavy rain alert issued 24 hours in advance, the State Disaster Response Force (SDRF) stopped around 65,000 people in the state -- 48,000 in Garhwal and 17,000 people in Kumaon -- from going uphill, and saved them from getting stranded, he said in Nainital on Sunday.

The official said 48,000 people were evacuated to safety before it was too late and around 10,000 people stranded in different parts of the state during the crisis were rescued safely. Besides 9,500 lives were saved in Kumaon and 500 in Garhwal, Mr Kumar said.

Putting the toll in the disaster at 76, Mr Kumar said 59 people in Kumaon and 17 in Garhwal lost their lives, while 33 others were injured.

Fourteen people are still missing who were either buried in the debris of collapsed houses or landslides or were washed away in the flooding that followed three days of incessant rains in the state, he said.

Search and rescue operations are still in progress at some places such as Gunji and Darma in Pithoragarh district, Pindari in Bageshwar district and beyond Harsil in Uttarkashi district, the DGP said.

Describing the work by police and SDRF personnel during the crisis as commendable, he said those who performed well during the disaster will be conferred with medals in appreciation of their work on January 26 next year.