Uttarakhand: A part of a glacier broke off and crashed into the river, picking up boulders, debris and massive amounts of silt as it slid down the Rishi Ganga river sweeping away two hydel plants along its path. 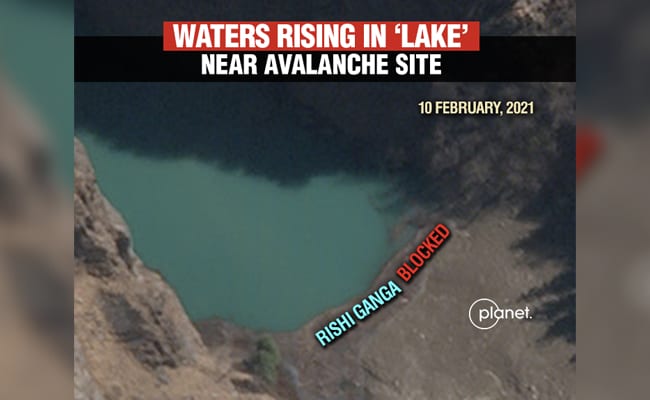 The satellite images indicate the block on the Ronti, a Himalayan river that flows into the Rishi Ganga.

High resolution satellite images have identified the exact spot where a "dangerous" lake was formed by the debris of the avalanche that left dozens dead and 200 missing on Sunday. Scientists of the Defence Research and Development Organisation(DRDO), the National Disaster Response Force (NDRF) and others are working on a plan to avoid another disaster, should water from this lake gush through a breach, NDTV has learnt.

"This matter has been taken cognizance of. As we speak, teams are already on the way to the lake side to assess the situation, take a review. Earlier in the morning, teams have overflown the area in choppers and found out.... Even drones, unmanned flights, stakeholder agencies are doing the review of the exact situation on the ground," NDRF Director General SN Pradhan said.

"There's concerted effort to see what's on ground, make an assessment, and follow it up with appropriate action. We're on the job," he added. 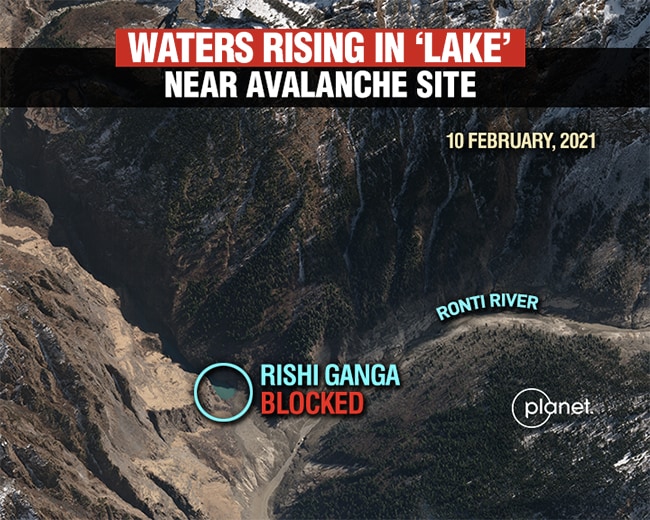 Choppers have taken videos of this artificial lake, which is thrice the length of a football field.

An artificial Lake has formed on river #Rishiganga in #Chamoli Dist #Uttarakhand with length of 350 m height of 60 m with slope of 10deg. Video showing the lakse is uploaded. pic.twitter.com/nNRzVrExlX

The satellite images indicate the block on the Rishi Ganga that is fed by the fast-flowing Ronti River.  The Rishi Ganga subsequently flows in the direction of the Tapovan Hydel power plant, which was severely damaged by the flash flood and debris from the avalanche on February 7.

A part of a glacier broke off and crashed into the river, picking up boulders, debris and massive amounts of silt as it slid down the Rishi Ganga river sweeping away two hydel plants along its path.

A close-up from Wednesday shows the extent of the water build-up and the wall of debris.  The worry is that the weight of the water can pierce the wall, which could lead to another flood. 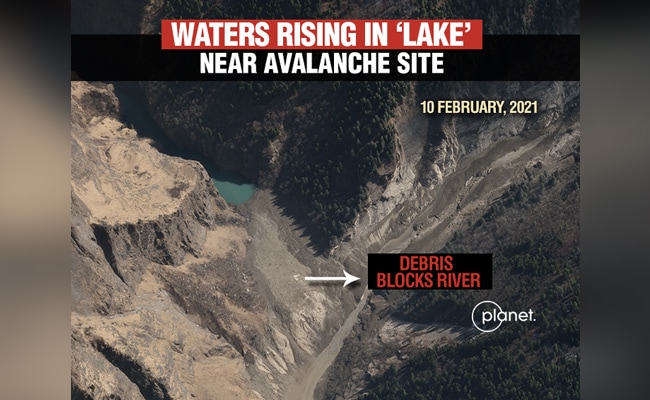 "We have measured the width and the length of the lake, the wall of debris. That's all coming through, the parameters on which we can act," the NDRF chief said. 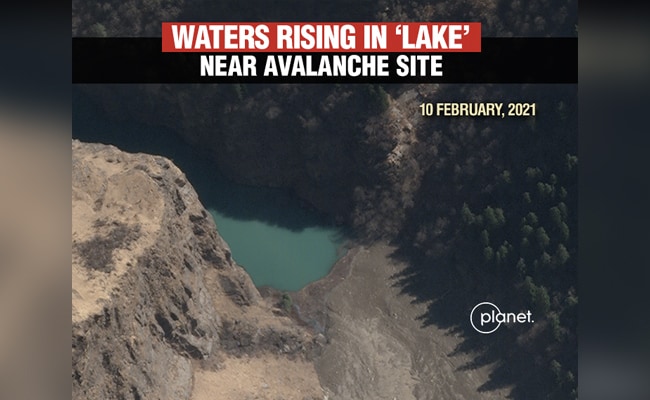 A Garhwal University Professor, YP Sundrial, who went to the spot to assess the aftermath of the disaster, said the lake formation was worrying.

The lake can be breached anytime and can cause more floods, said the expert.

"This can impact rescue work. Rescuers downstream may be in danger, so I am going to try and ensure that the message reaches the administration," he said.