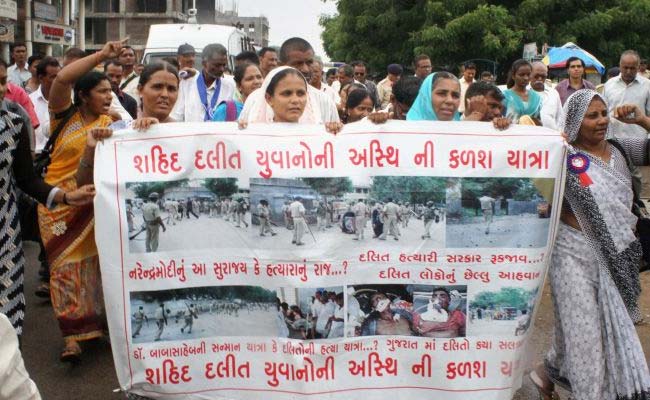 There has been an increase in crimes against Dalits across the country.

New Delhi: Uttar Pradesh recorded the highest number of cases of crime against members of the Schedule Caste community with 8,358 instances in 2015, according to National Crime Records Bureau data.

Besides Uttar Pradesh, Rajasthan (6,998), Bihar (6,438) and Andhra Pradesh (4,415) were other states where higher number of cases of crimes against SCs were reported.

At the same time, five northeastern states - Manipur, Meghalaya, Mizoram, Nagaland and Arunachal Pradesh - did not report a single such case.

Promoted
Listen to the latest songs, only on JioSaavn.com
Similarly, there was no case of crime against SCs in Union Territories of Andaman and Nicobar islands, Dadra and Nagar Haveli and Lakshadweep in 2015.