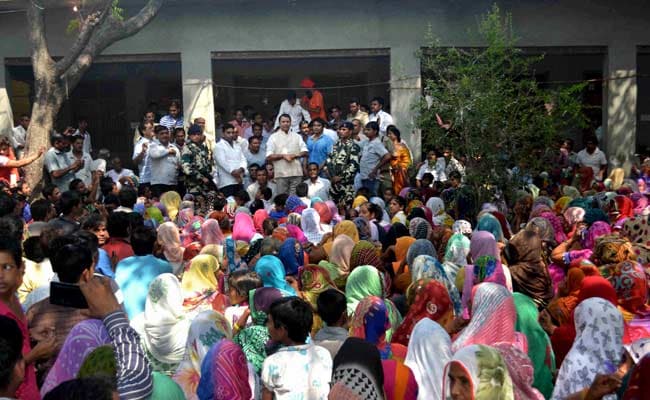 Uttar Pradesh police has filed a chargesheet against BJP leader Sangeet Som for violating the prohibitory orders in Dadri.

Greater Noida: A charge sheet has been filed against Uttar Pradesh BJP leader Sangeet Som for allegedly violating the prohibitory orders imposed in Dadri's Bishada village, where a man was killed in a mob attack over rumours that he stored and consumed beef.

District Magistrate (DM) of Gautam Budh Nagar, NP Singh said that a charge sheet was filed yesterday by Uttar Pradesh police against Sangeet Som, legislator from Sardhana assembly seat, for violating the prohibitory orders imposed in the village where the incident took place in the first week of October.

The DM said that other persons, who had violated the prohibitory orders and against whom First Information Reports were lodged, have been also chargesheeted.

The administration was taking measures to nab the rumour mongers aiming to disturb the communal harmony, Mr Singh said.

Normalcy has been restored in the village, and peace meetings were being held at Bishada and nearby sensitive villages to maintain communal harmony, the DM informed.

A team of Cyber experts at police station has been continuously working to detect objectionable communal- sensitive posts over the Internet and taking action against those who post rumours and hurt communal sentiments, the DM said.

Mr Singh said that village council heads or pradhans have been directed to make registration of cattle. During a cow's death, the pradhans will note the cause and then dispose the body as per norms and rituals.

Meanwhile, magisterial enquiry in Bishada case is going on at a fast pace, with October 30 being the last date for filing statements before the Additional District Magistrate (ADM) at the district collectorate.

Former lawmaker Surindra Nagar said that a cheque of Rs 3 lakh was yesterday given to the family members of Rahul Yadav, who was injured in police firing in Bishada village in Dadri. The victim has been promised a job and also financial help for marriage of his sisters.