In Uttar Prdaesh's Etawah district, a man attacked his neighbour with a sickle after an argument over one's car accidentally injuring the other's buffalo escalated. 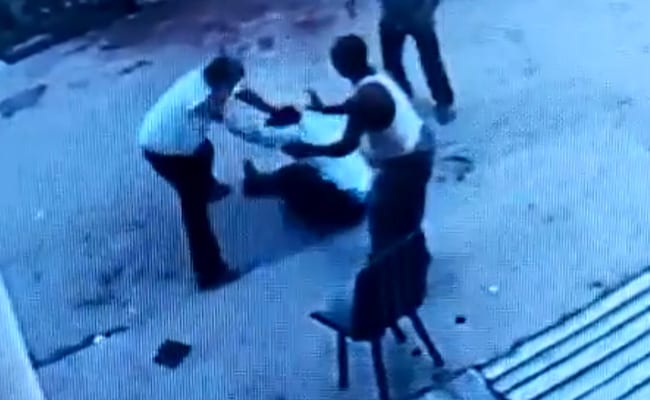 An argument in Uttar Pradesh's Etawah district between two neighbours over one's car accidentally injuring the tail of the other's buffalo descended into a bloodbath earlier this afternoon when one of them, a banana trader, attacked the buffalo owner with a sickle, leaving him grievously injured.

The police have identified the attacker as Rakesh Rathore and the injured man as Kishanpal Rathore.

By the end of the fight, Kishanpal Rathore had blood all over his white shirt and visible injuries to his neck. Visuals from a hospital he was taken to show him with bandages on his head and chest.

Doctors said he would survive the brutal assault.

Police have arrested Rakesh Rathore and a case of attempt to murder has been filed against him.

"They are neighbors. One is a businessman who sells bananas, his name is Rakesh Rathore. His neighbour's name is Kishanpal Rathore. Earlier, in the day, the tail of Mr Kishanpal's buffalo got stuck in Rakesh's vehicle, which he uses to transport bananas and the animal was injured. When Mr Kishanpal complained to Rakesh itled to an argument that escalated. Rakesh then seems to have taken the sickle used to cut bananas and attacked Mr Kishanpal, who has sustained serious injuries to his neck. Rakesh has been booked for attempt to murder and arrested," a senior police officer told the media.