UP Cop Suspended Day After Suspicious Bullet Injury To Businessman

Mahoba Superintendent of Police Manilal Patidar has been suspended on charges of corruption less than 24 hours after a prominent businessman was found inside his car with a bullet injury to his neck. 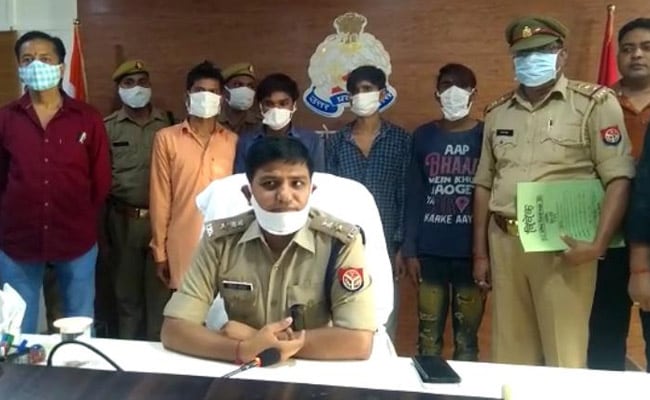 A 2014 batch IPS officer in Uttar Pradesh, Manilal Patidar, has been suspended on charges of corruption less than 24 hours after a prominent businessman in the state's Mahoba district, where this officer served as the police chief, was found inside his car with a bullet injury to his neck.

Without referring to the businessman, the press statement issued by the state government today said the suspension was ordered by Chief Minister Yogi Adityanath.

"His acts have maligned the image of the police force. It is alleged that he used to extort money from truckers involved in transportation of stones in the area," the release said.

Last evening, Indra Kant Tripathi, who deals in explosives and is involved in the district's lucrative mining industry, was rushed to the Mahoba's district hospital after being found with a bullet to his neck in his Audi car on a highway near Mahoba.

The incident comes a week after Mr Tripathi shared a video on social media in which he accused Patidar of corruption and intimidation.

In the video, which has since been shared widely on the internet, Mr Tripathi had also said that if he were to die in any manner Patidar and a former business partner of his, both, should be held responsible.

In response, the now suspended officer had accused Mr Tripathi of being involved in a gambling racket and dismissed the businessman's statement as "anger" over police action against him.

The businessman's condition is critical and he has been shifted to a hospital in Kanpur.

"It's a gunshot injury. When we attended to him his pulse was very weak and he also had internal injuries. It is a single shot to his neck. His conditon is serious," a doctor who attended to Mr Tripathi in the Mahoba district hospital told mediapersons.

It is not clear who shot the businessman or how he ended up with a bullet injury on a highway.

"No comments," a senior police officer in Mahoba told mediapersons after being repeatedly asked if the injuries to Mr Tripathi suggested a suicide attempt or an attack.