Swatantra Dev Singh cannot simultaneously hold the posts of a minister and the state party chief, according to the BJP's "one person-one post" principle. 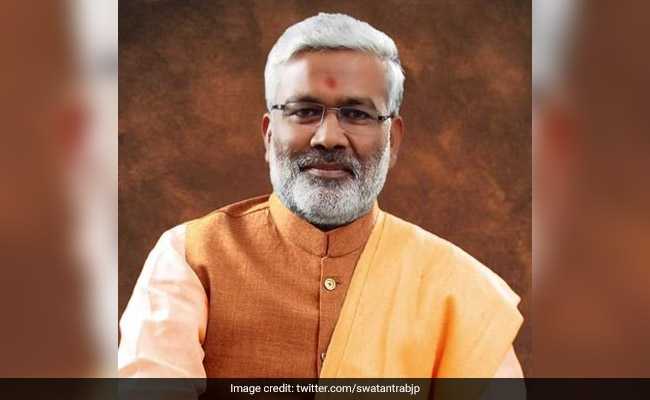 The BJP appointed Swatantra Dev Singh as the new chief of Uttar Pradesh party on Tuesday.

The appointment of OBC leader and Uttar Pradesh minister Swatantra Dev Singh as the new state BJP chief has once again put the spotlight on reshuffling of the cabinet headed by Chief Minister Yogi Adityanath.

Mr Singh cannot simultaneously hold the posts of a minister and the state party chief, according to the BJP's "one person-one post" principle.

Mr Singh is the minister of state (independent charge) for transport and protocol.

"The possibility of a reshuffling of the state cabinet goes up with Singh''s appointment as the new Uttar Pradesh BJP chief," a senior leader of the BJP said.

He pointed out that three state ministers were elected to Parliament in the polls held in April-May, while one was sacked. The three ministers who successfully contested the Lok Sabha election are SP Singh Baghel from Agra, Rita Bahuguna Joshi from Allahabad and Satyadev Pachauri from Kanpur.

"Reshuffling of the cabinet is the chief minister's prerogative. It will take place once the nod comes from party president Amit Shah," the BJP leader said.

The total number of ministers in the state, including the chief minister, is 43.

"The maximum strength of the cabinet can be 15 per cent of the total strength of the Assembly. The Uttar Pradesh Assembly has 403 seats and hence, the state can have a maximum of 61 ministers, including the chief minister," UP BJP vice-president JPS Rathore said.

After the declaration of the Lok Sabha poll results, Yogi Adityanath had said a cabinet reshuffle was on the cards and he was likely to take a decision in this regard soon. "We will do it (cabinet expansion). We will do everything as and when the time comes. We will do everything in the interest of the state," the chief minister had said.

Ahead of the bypolls to 12 Assembly seats in Uttar Pradesh, the BJP appointed Mr Singh as the new chief of its state unit on Tuesday.