India has applied for the membership of the 48-member Nuclear Suppliers Group (NSG) which controls the nuclear trade. 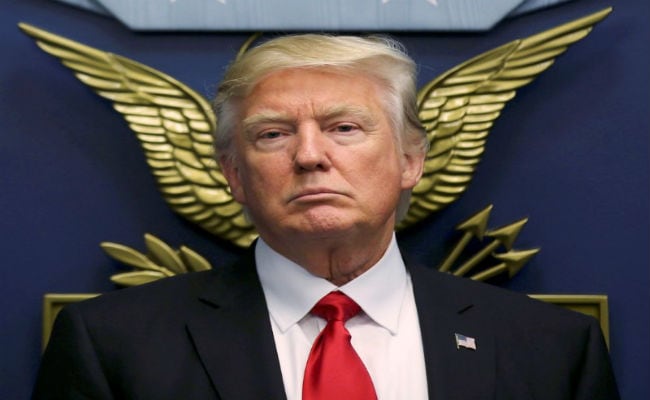 Washington: Supporting India's membership bid to the Nuclear Suppliers Group, the Trump administration has urged all the members of the elite club to support New Delhi's long-pending application.

India has applied for the membership of the 48-member Nuclear Suppliers Group (NSG) which controls the nuclear trade.

In the report submitted to Congress as required under National Defence Authorisation Act (NDAA) 2017, the Trump administration also re-affirmed its support for India's membership in the Australia Group and Wassenaar Arrangement as soon as India meets each group's membership criteria.

The US and India share a commitment to preventing the proliferation of weapons of mass destruction and their means of delivery, the report said.

"Since 2010, the US has supported India's membership in the four multilateral export control regimes -- Wassenaar Arrangement, NSG, Australia Group, and the Missile Technology Control Regime -- as India prepared to take the steps required for membership in each one," it said.

The US, the report said, welcomed India as a member of the Missile Technology Control Regime and its subscription to the Hague Code of Conduct Against Ballistic Missile Proliferation in June 2016.

The report notes that the future leadership of Defence Technology and Trade Initiative (DTTI) will consist of an individual with experience in defence acquisition and technology to reinforce and ensure the success of the US-India Defence Relationship. This individual will help resolve remaining issues impeding bilateral defence trade and other cooperation, it said.

The NDAA for FY 2017 also directs the Department to reorganise the Office of the USD (AT&L) into two new Under Secretary positions -- one for Research and Engineering (USD (R&E)) and one for Acquisition and Sustainment (USD (A&S)).

"This change will take effect no later than February 2018. The organisational responsibility for DTTI will be determined as part of the reorganisation of AT&L; however, this determination will not affect DTTI's ongoing work," the report said.

The US defence industry has provided India with proposals for F-16 Block 70 and F/A-18 Super Hornet fighter aircraft, the report said.

"These proposals will help create and maintain jobs in both countries and demonstrate the depth of our commitment to defence cooperation," it said.

Since 2008, the US and India have concluded more than USD 15 billion in defence trade, including the transfer from the US to India of C-130J and C-17 transport aircraft, P-8I maritime patrol aircraft, Harpoon missiles, Apache and Chinook helicopters, and M777 light-weight Howitzers.

India operates the second largest C-17 and P-8 fleets in the world, recently using its C-17s to deliver humanitarian assistance to Nepal and evacuate civilians from Yemen, the report added.

While India has garnered the support of a majority of the group's members, China has stuck to its stand that new members should sign the Nuclear Non-Proliferation Treaty (NPT), making India's entry difficult as the group is guided by the consensus principle.

India is not a signatory to the NPT.
Comments
Nuclear Suppliers GroupIndia NSG MembershipUS India NSG