"India's robust civil society and democratic institutions are all the more remarkable given its immense size and the challenges it faces in terms of development," the US said. 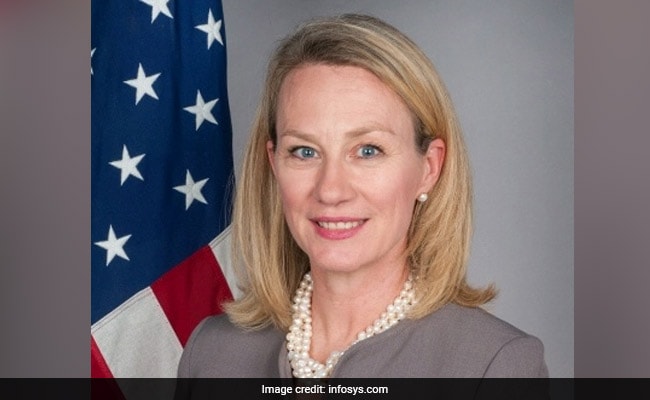 Incidents of violence against minorities not in keeping with India's legal protections for minorities: US

Incidents of violence and discrimination against minorities, including attacks on Dalits and Muslims by cow vigilantes, are not in keeping with India's legal protections for minorities, a top US diplomat told a Congressional subcommittee on Monday.

"Incidents of violence and discrimination against minorities in India, including cow vigilante attacks against members of the Dalit and Muslim communities, and the existence of anti-conversion laws in nine states are not in keeping with India's legal protections for minorities," Acting Assistant Secretary of State for South and Central Asia Alice G Wells told Subcommittee on Asia, the Pacific, and Nonproliferation of the House Foreign Affairs Committee.

She said the US calls upon the Indian government to "fully" uphold the universal right to religious freedom and protect vulnerable individuals, "including the 1.9 million people in Assam at risk for statelessness because of questions about their citizenship; condemn all incidents of violence; and hold perpetrators accountable".

Earlier this year, 68 per cent of eligible Indian voters went to the polls for a historic election, Ms Wells said, adding Indians of every religion, caste, sect, and socio-economic background participated in the remarkable display of parliamentary democracy, which also witnessed a record turnout of women voters.

"India's robust civil society and democratic institutions are all the more remarkable given its immense size and the challenges it faces in terms of development," she said.

These include India's overwhelmed and understaffed court system and its unique federal structure that at times complicates policing and governance. With more than a quarter of the population living at or below the poverty line, local governments often struggle with competing priorities, she added.

Observing that India is a vigorous democracy that enjoys a strong and growing strategic partnership with the United States, Ms Wells said that New Delhi-Washington relationship is broad in scope and multifaceted.

"As with every country, we engage with India on issues of human rights and religious freedom. We also press India for progress on parental child abduction, consistent with the priority we place on safeguarding the welfare of US citizens abroad, including children," she said in a prepared statement submitted to the Congressional subcommittee on the eve of the hearing "Human Rights in South Asia: Views from the State Department and the Region".

Noting that the US is proud to partner with India, Ms Wells said its Constitution mandates a secular state that upholds the rights of all citizens to practice religion freely, freedom of expression and speech, and equal treatment before the law.

India is the birthplace of four major world religions Hinduism, Sikhism, Buddhism, and Jainism. It is home to the world's third largest Muslim population, a diverse community of sects that includes Sufis, Shia, and Bohra. Roughly three per cent of India's citizens are Christian, and notably, Christians are the religious majority in three of India's 29 states, she said.

"India has a proud history with the Jewish faith the oldest synagogue in the country dates to 1568. We also appreciate India's longstanding support for Tibetan refugees and the Dalai Lama. Adding to this diverse mosaic are India's many regional and linguistic communities. Indeed, on every Indian rupee note the denomination value is printed in 15 different languages a remarkable display of India's rich diversity," Ms Wells said.