"Double Whammy": Congress On US Move Amid Growth, Unemployment Concerns

US President Donald Trump announced on Saturday that the United States will end preferential trade treatment for India from Wednesday.

Congress leader Randeep Surjewala said that the US move would hurt India.

The Congress on Saturday said the US government's decision to terminate special trade status for India was a "double whammy" for the country which reported slowing growth and rising unemployment just a day before. Saying that the US move was deeply worrying, Congress chief spokesperson Randeep Surjewala urged Prime Minister Narendra Modi to explain how he intends to overcome this "grave trade and economic crisis".

"The Prime Minister should take the nation into confidence," he said, alleging that the government did "nothing to pre-empt it" despite being informed of the decision in March.

"What is of more concern is the fact that the withdrawal of ''special trade status'' was notified to India on March 4, 2019 itself. Yet the government did nothing to pre-empt it. The most serious implication would be for sectors like agriculture, auto parts, pharmaceutical etc. which are already facing serious crisis," he said.

The Congress leader said in future, India could see many more industries, including the services industry which has more than UDS 28 billion under exports to the US being affected significantly. 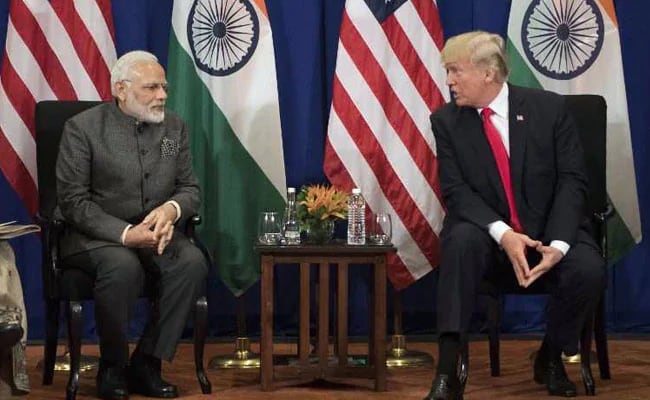 He said a decline in exports to the United States which is India's largest partner will worsen the job crisis.

"Already, unemployment is at a five-year high of 6.1 per cent and GDP growth has slumped to a five year low at 5.8 per cent. At this juncture, withdrawal of the special trade status by the US is a double whammy," he said.

Just hours after PM Modi distributed cabinet portfolios on Friday, assigning the Finance Ministry to Nirmala Sitharaman, the government announced the third straight fall in quarterly growth to 5.8 percent in the first three months of the year.

The figure was down from 6.6 percent in the last quarter of 2018 and was much worse than the 6.3 percent that many analysts had predicted.

It means India has lost its place as the world's fastest growing major economy to China, which had 6.4 percent growth in the first quarter.

In parallel, officials also said the unemployment rate for 2017-2018 was 6.1 per cent - same as a figure leaked in January that was reported as highest in 45 years. The government, however, declined to give a comparison.

More bad news came on Saturday as US President Donald Trump announced that the United States will end preferential trade treatment for India from Wednesday.

India has been the single biggest beneficiary of the decades-old US Generalized System of Preferences programme, allowing the country to export $5.7 billion worth of duty-free goods in 2017, according to figures from US Congress.

"I have determined that India has not assured the United States that India will provide equitable and reasonable access to its markets... Accordingly, it is appropriate to terminate India's designation as a beneficiary developing country," Mr Trump said.

India reacted cautiously to the move saying it will "always uphold its national interest" in trade matters as "our people also aspire for better standards of living".

Randeep Surejawala said that it is after 44 years that the status was being taken back, as it was on November 24, 1975 when Indira Gandhi was Prime Minister that it was granted to India.

(With inputs from PTI, AFP)