US Elections: Many Indian-Americans In Race To Become Lawmakers 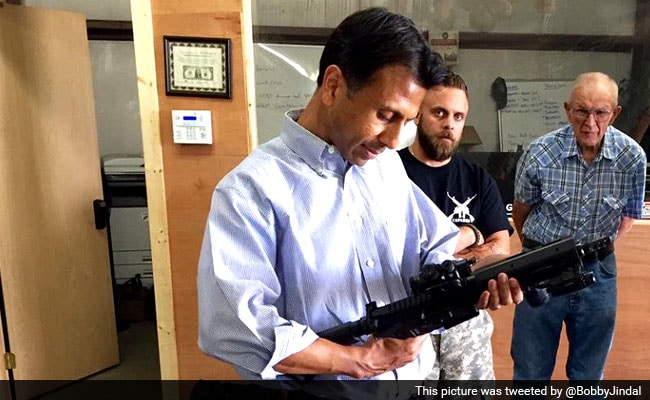 Many Indian-Americans like Bobby Jindal (above) are contesting US elections this year. (File)

Washington: With US elections due next month, several Indian-Americans are hopeful of winning a seat in the US Congress, especially women. According to US political experts, there are several Americans of Indian origin who are eying becoming legislators.

Among them is California's Attorney General Kamala Harris, 51, a close confidant of US President Barack Obama. She is expected to be elected to the US Senate and could thus become the first Indian-American woman to enter the upper houses of the US Congress.

Experts are also talking about Ramila Jayapal, 51 who is considered the front runner in the race for a US House of Representatives Seat from Washington State. She would be the first Indian-American woman to be elected to the House.

However, this is not the first time Indian-Americans made it as US legislators.

Ami Bera, the only Indian-American in the current Congress, is seeking his third consecutive term from California. Mr Bera is however fighting a close battle and has recently run into controversy regarding fund raising by his father.

Promoted
Listen to the latest songs, only on JioSaavn.com
His fellow Democrat, Ro Khanna, 40, has raised a record amount of money, and is considered to be running a close race with incumbent Congressman Mike Honda. He narrowly lost the 2014 general elections and is expected to come back stronger this year.

Another Indian-American Raja Krishnamoorthi, 43, is one of the few candidates who has been endorsed by US President Barack Obama. US political experts say he could win a seat to the House of Representatives, since he is running from a seat which is considered to be a Democrat stronghold.
Comments
US ElectionsIndian-AmericansKamala HarrisRamila JayapalDalip Singh SaundBobby JindalRaja KrishnamoortiIndian Lawmakers In US SenateIndian Origin Congressman