Urmila Matondkar quit Congress last year, accusing the party leaders of factionalism and working against their own candidate. 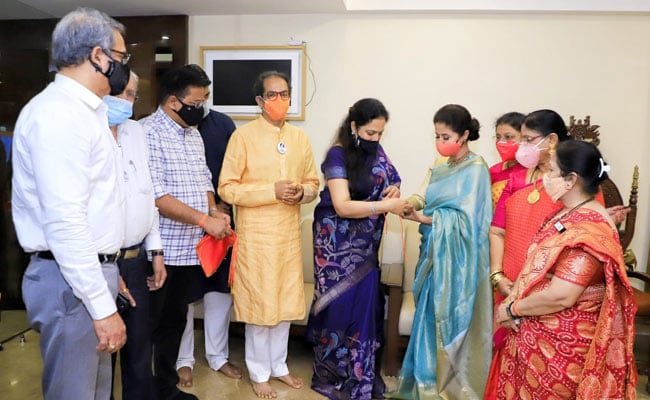 Actor-turned politician Urmila Matondkar, who quit the Congress after contesting last year's Lok Sabha elections, has joined the Shiv Sena. The small ceremony took place at in presence of Maharashtra Chief Minister and party chief Uddhav Thackeray at his residence Matoshri. She is likely to join the state's Legislative Council from the Governor's quota.

The state's ruling Maha Vikas Aghadi -- the alliance of the Sena, Congress and Sharad Pawar's Nationalist Congress Party -- has already forwarded her name to Maharashtra Governor BS Koshyari, along with the names of 11 others.

The Governor, who can nominate 12 members to the upper house of the Maharashtra legislature on the recommendation of the Cabinet, is yet to approve the list of 12 names.

Urmila Matondkar, 46, had joined the Congress in March in presence of Rahul Gandhi. She had unsuccessfully contested the national election from the Mumbai North constituency.

In September, she quit the Congress. In her resignation letter she had mentioned "petty in-house politics" as the reason for quitting the party after a seven-month stay.

In the interim, the actor has been vocal on social media about the Citizenship Amendment Act and other issues.

She had also taken on actor Kangana Ranaut for comparing Mumbai with Pakistan-occupied Kashmir (PoK) and the nepotism issue.

She also criticised Ms Ranaut over her remarks on drug use in Bollywood.  "You cannot cross a certain line, speak ill of an industry that has made you everything. If some people are taking drugs or are drug addicts, you have no reason to compare it to mafia," she said.