Congress said that the ruling BJP attacks anybody for political reasons and cited its criticism of Rahul Gandhi during his Kailash Mansarovar Yatra. 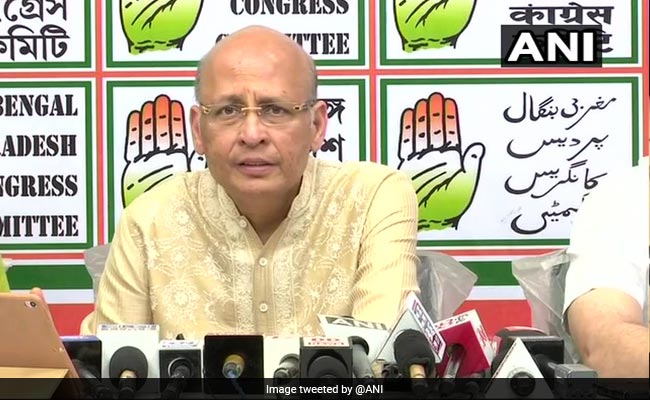 Abhishek Singhvi claimed all sections of the society were unhappy with the central government.

The Congress Wednesday did not clarify whether it supported the proposed protest on Thursday by the upper caste community against the amendment to reverse the alleged dilution of the SC/ST Act, but said upper castes have the right to express their dissatisfaction peacefully.

Congress spokesperson Abhishek Singhvi said there is a sense of restlessness among people and it was not limited to upper castes alone. He claimed all sections of the society were unhappy with the central government.

"Today the question touches every major segment of Indian society - not just the upper caste community, but also our SC/ST brothers and sisters, the backwards and the poor," he said.

The Congress spokesperson cited a "failed economic system, one of the most shocking levels of unemployment, a distorted and badly, madly applied GST, scams like Rafale..." to say that there is "anger, shock" among people.

"I think an egotistic, dictatorial Modi sarkar has a lot to answer to every segment of society...," he told reporters.

"I do not think any segment is beyond the reach of this comical phrase (Sabka Saath, Sabka Vikaas) and, therefore, they have every right to protest," he said.

Asked about Congress leader Randeep Singh Surjewala's reported remarks in Haryana's Kurukshetra on Monday that the opposition party has Brahmin DNA, Mr Singhvi retorted back to reporters and said, "Without seeing anything, you shoot from the hip".

Mr Singhvi defended the programme however, saying the Congress has done this many times and programmes for OBCs, SC/STs have also been organised.

He also said that the ruling BJP attacks anybody for political reasons and cited its criticism of Congress president Rahul Gandhi during his Kailash Mansarovar Yatra.

"A man goes to Mansarovar, attack him for the sake of it," Mr Singhvi said.