The surge in UPI transactions has taken place since 2016 when the interface was set up by an umbrella organization of Indian banks. 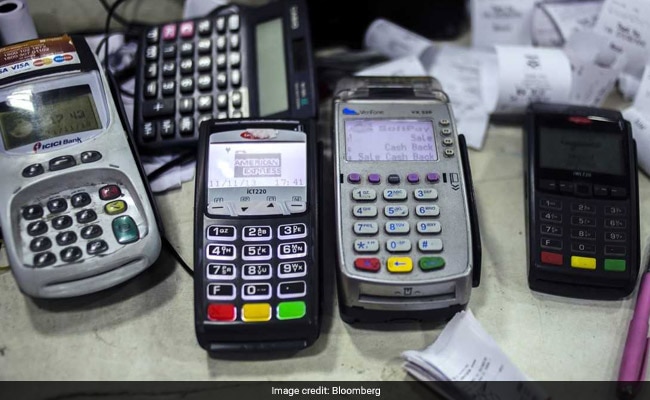 The dominance of cash is a challenge to India's digital payments platforms.

Global card companies like Visa Inc. and Mastercard Inc. are losing market share to upstarts in the world's most innovative payments market: India.

The surge in UPI transactions has taken place since 2016 when the interface was set up by an umbrella organization of Indian banks. Mastercard, in contrast, has built up its business in India over three decades. 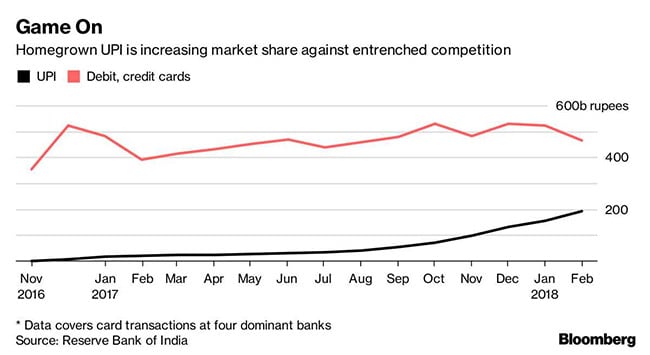 "The introduction of UPI in August 2016 led to the creation of a wealth of new innovative payment solutions, and the adoption rates of UPI payments are truly spectacular," U.S.-based Fidelity National Information Services Inc. said in a December 2017 report. UPI "opens up access to real-time by allowing payments to be directly integrated into external business applications," it said.

Amazon.com Inc. and Jet Airways India Ltd. -- the nation's second-biggest airline by passengers -- are among firms that have integrated UPI into their apps in order to take payment from customers. Ola, a local rival to Uber Technologies Inc., Big Bazaar, a chain of stores run by billionaire Kishore Biyani, and incumbent mobile wallet leader Paytm Mobile Solutions Pvt. are other users. 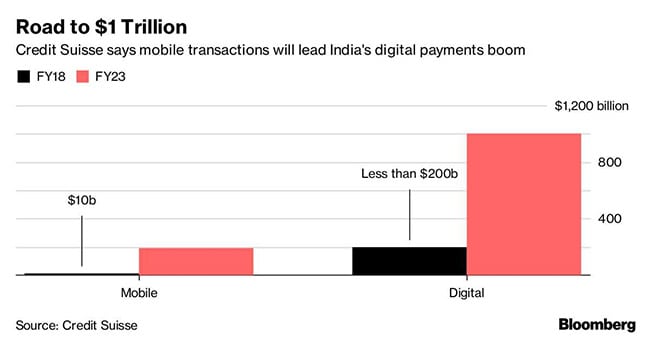 India's digital payments market will be about $1 trillion by 2023.

Facebook Inc. is piloting a payments service in India with a UPI backbone for its WhatsApp Pay, which has already drawn comparisons with the way WeChat reshaped payments in China.

"Payment integration into popular apps in India will drive the digital payments market to $1 trillion over the next five years," Credit Suisse Group AG said in a report last month. "With 800 million bank accounts now linked, the bulk is mobile-transaction ready." 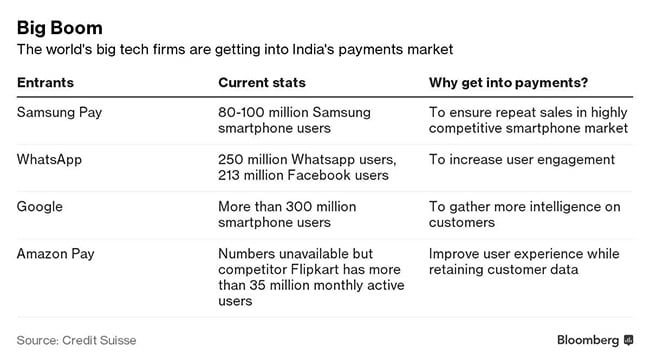 The firms which are vying for India's digital payments space.

One challenge in India is the dominance of cash, which accounts for some 70 percent of the country's total transactions by value. However, China transitioned to digital on the back of rising mobile and data penetration, and that process was hastened by e-commerce and social platforms, according to Credit Suisse. The same shift may play out in India, where data usage for 300 million Indian smartphone users rose to 5-10 GB a month from 1GB last year.

Promoted
Listen to the latest songs, only on JioSaavn.com
Advances in India's digital payments market picked up pace after Prime Minister Narendra Modi's shock decision to invalidate 86 percent of the country's currency in circulation.

"While the effects of the demonetization event of November 2016 are now waning, it would be safe to conclude that the event has caused a permanent uplift in the share of non-cash transactions in the economy," said Credit Suisse.