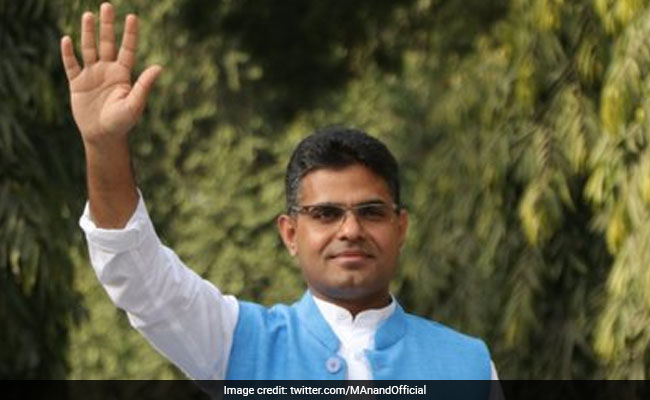 RSLP key leader Madhaw Anand has resigned from the party

The RLSP of former union minister Upendra Kushwaha which has formed a three-party front ahead of Bihar polls after being spurned by the NDA and disowned by the RJD-helmed Grand Alliance, on Wednesday received another jolt when its key leader Madhaw Anand resigned over the "disastrous" tie-up with Mayawati's Bahujan Samaj Party.

Mr Anand, the party's principal national general secretary and chief spokesperson, resigned from the posts as well as the primary membership stating that the party ran the risk of being "finished" on account of the "inconsequential" move.

"I am leaving not because of any personal bitterness. I joined the party in 2017 and have tried to nurture it since then. But, unfortunately the course chosen by the RLSP will only cause it to perish. And my aim, to make a difference in the politics of Bihar, cannot be achieved in such circumstances," Mr Anand said.

The 38-year-old who has been one of the most visible faces of the Rashtriya Lok Samata Party, which was formed in 2013, was incidentally seated by the side of Mr Kushwaha, while the alliance with BSP and a non-descript Janatantrik Party (Socialist) was being announced.

Later in the day, BSP chief Mayawati had announced in Lucknow that her party would be supporting Mr Kushwaha as the "chief ministerial" candidate, an averment which is being scoffed at by the ruling NDA in Bihar as well as the Grand Alliance comprising RJD, Congress and others.

The RLSP had performed dismally in the 2015 Bihar assembly election, when it won only two seats. It later succeeded in getting one of its members elected to the legislative council. However, all the three legislators revolted against Mr Kushwaha's decision to walk out of the NDA in December 2018 and after the party did not win a single seat in the 2019 Lok Sabha election.

Mr Anand's exit from the RLSP came barely two days after it received a shock with its state president Bhudev Chaudhary, one of the party's founding members, joining the RJD.