Madhya Pradesh Home Minister Bala Bachchan said he would be able to comment only after verifying the facts. 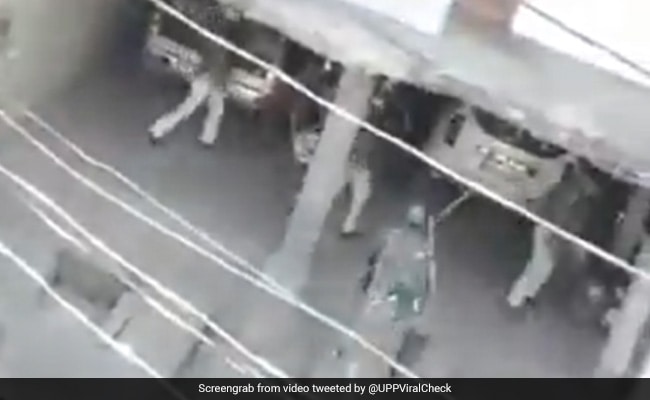 On December 20, curfew was imposed in several parts of Madhya Pradesh.

The Uttar Pradesh police on Thursday tweeted to clarify that the uniformed personnel seen smashing vehicles in a viral video were not from UP and the incident happened in Jabalpur, prompting a sharp response from their Madhya Pradesh counterparts.

21 people have died in Uttar Pradesh in violent protests against the Citizenship Amendment Act. Agitation was also held in Congress-ruled Madhya Pradesh, but no report of any death has emerged from the state as of now.

"The incident shown in the video is not related to UP police, this video was recorded in Jabalpur, Madhya Pradesh," UP police tweeted.

In its reply, Jabalpur police chief Amit Singh told NDTV that stern action would be taken against erring personnel if the video is found to be true. He, however, took exception to the UP police mentioning Madhya Pradesh in the tweet.

"Even if one cop is in the wrong, we'll act against that cop. An investigation team headed by an assistant superintendent of police has been constituted to probe the entire matter related to the video tweeted by the UP Police. The probe team will first ascertain the authenticity of the video. No one has come to us so far with any complaint about damage to private property by the police; if anyone comes with a complaint we'll probe it in detail and take stern legal action," he said.

"I can't understand why the video was tweeted with a Jabalpur focus. Instead of tweeting the video with the focus that it relates to Jabalpur, the UP police could have simply stated that the video doesn't relate to UP. Be it UP, MP or anywhere else, the priority of cops is to establish peace, which we successfully did after the violence by anti-NRC and CAA protesters on December 20," he added.

Madhya Pradesh Home Minister Bala Bachchan said he would be able to comment only after verifying the facts.

The BJP, meanwhile, has questioned the Madhya Pradesh government over the video. "Since UP police has tweeted the video, the Kamal Nath government should clear the air, as till now videos have been going viral over social media to portray cops in BJP-ruled states as villains; to endorse a false narrative that the BJP-ruled state are failing to control violence," state BJP spokesperson Rahul Kothari said.

On December 20, curfew was imposed in Gohalpur, Hanumantal, Kotwali and Adhartal areas of Jabalpur city after stones were thrown at police during an anti-CAA protest.

There have been nationwide protests against the Citizenship law, which for the first time makes religion test of citizenship in India. The government says it will help minorities from three Muslim-dominated countries to get citizenship if they fled to India because of religious persecution. Critics say it is designed to discriminate against Muslims and violates the secular principles of the constitution.