"Those Arrested Have To Pay For Damage During Citizenship Protest": UP Deputy Chief Minister

Dinesh Sharma pointed out that six persons hailing from West Bengal's Malda district, associated with the PFI, had been arrested by the state police. 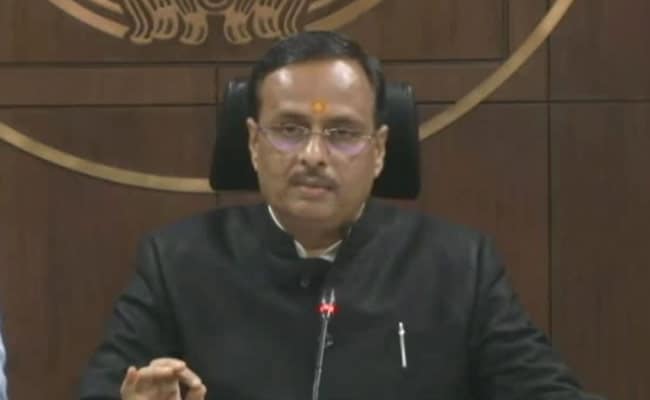 Uttar Pradesh Deputy Chief Minister Dinesh Sharma on Sunday alleged "outsiders'' role" in the incidents of violence reported from various districts of the state where protests took place against the Citizenship (Amendment) Act.

He pointed out that six persons hailing from West Bengal's Malda district, associated with the PFI, had been arrested by the state police.

Speaking to reporters in Lucknow, Mr Sharma said, "There is involvement of Popular Front of India (PFI). They have connection with SIMI. Six persons from Malda have been arrested." Students Islamic Movement of India or SIMI is a banned terror outfit.

He added, "The state government is capable of handling the situation effectively to ensure peace. We have spoken to Muslim clerics."

"As many as 288 cops have sustained injuries, of which 62 are due to firearms. About 500 empty cartridges of prohibited bore (bullets) have been found. This indicates that the protestors were using illegal weapons."

Mr Sharma also said that the arrested persons have to pay for the damage as per Supreme Court orders. So far, 705 persons have been arrested in connection with the violence.

He blamed the opposition Samajwadi Party for worsening the situation. "The opposition is inciting people by making false statements," he said.