The Samajwadi legislators sat on the steps of the Vidhan Bhawan, near the statue of Chaudhary Charan Singh, carrying placards with 'Samvidhan Bachao Diwas' written on them. 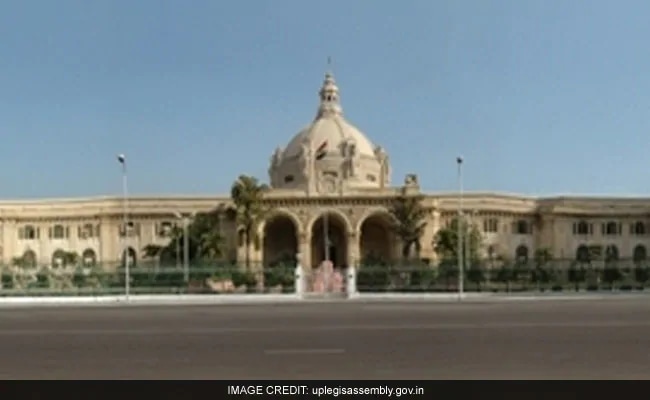 The Samajwadi Party and the Congress staged protests outside the Uttar Pradesh Vidhan Sabha on Tuesday, even as the state legislature held a special session inside to mark the 70th Constitution day.

The Samajwadi legislators sat on the steps of the Vidhan Bhawan, near the statue of Chaudhary Charan Singh, carrying placards with 'Samvidhan Bachao Diwas' written on them.

When asked about the presence of only four of the seven Congress MLAs at the protest, UPCC president Ajay Kumar Lallu said, "Four people are enough to carry the casket of the BJP."

Later, the opposition members participated in the special session though they used the occasion to lash out at the BJP for flouting constitutional norms in the Maharashtra episode.

Parliamentary affairs minister Suresh Khanna strongly objected to statements on the role of the Governor of Maharashtra and sought the Speaker's intervention.

Leader of opposition Ram Govind Chaudhary said that he was merely making a statement of facts.

Speaker Hriday Narain Dixit requested opposition members not to debate on the role of any Governor.

The special session began with Governor Anandiben Patel addressing the house on Constitution Day. She underlined the importance of the Constitution as well as leaders who framed it.

Chief minister Yogi Adityanath will be addressing the house later in the evening on Tuesday during the concluding session.

Earlier in the day, Yogi Adityanath offered floral tributes at the statues of Sardar Patel, B R Ambedkar and Mahatma Gandhi. Other UP ministers also offered tributes to these leaders.

The Constitution Day is being celebrated with much fanfare since this is the 70th year of the Indian Constitution which came into force on 26 January, 1950.