Akhilesh Yadav Drives To Maywati's Residence, Thanks Her For Election Win 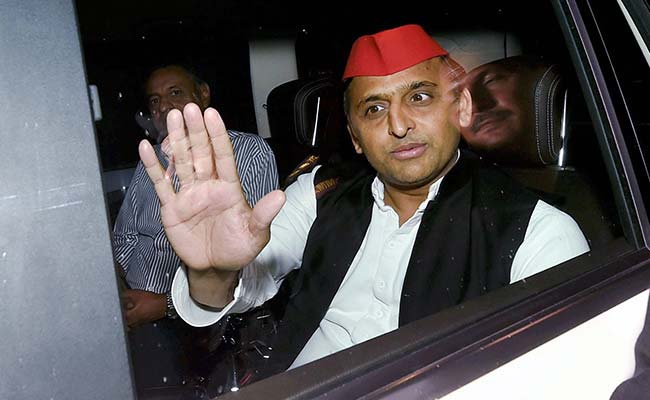 Lucknow: After profusely thanking Mayawati for her party's support in the Uttar Pradesh by-elections, Samajwadi Party chief Akhilesh Yadav drove on Wednesday to the BSP leader's residence in Lucknow and expressed his gratitude to her.

Mr Yadav, who had attributed Samajwadi Party's victory in Gorakhpur and Phulpur to support from BSP and some local parties, spent some at the BSP supremo's residence.

What transpired at the meeting was not immediately known, but party insiders believed the two leaders discussed a grand alliance ahead of the 2019 Lok Sabha polls.

In his first comments after a spectacular showing in the by-elections in which his party won both the Phulpur and Gorakhpur seats, Mr Yadav said "(these elections are) mandate for both the governments at the centre and state. People have come together to bring BJP's burey din (bad days)".

Promoted
Listen to the latest songs, only on JioSaavn.com
The Samajwadi Party president, who thanked his allies, made a special mention of BSP chief Mayawati.

"Foremost I want to thank BSP leader Mayawati for her and her party's support in this important fight," he said.