Why Object? Union Minister On Renaming Hyderabad As Bhagyanagar

BJP MP and Union minister Raosaheb Danve said they have been demanding renaming Aurangabad city in the Marathwada region as Sambhaji Nagar for a long time. 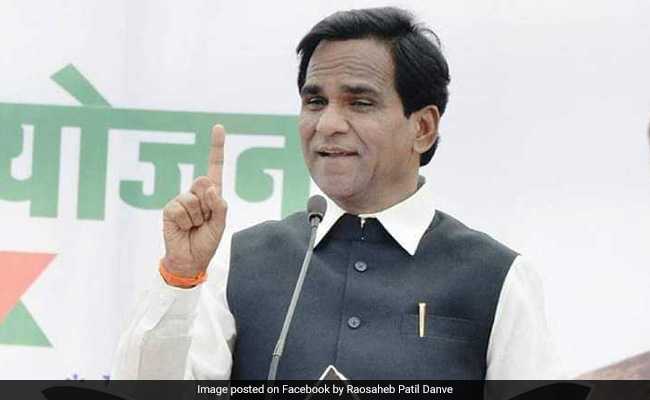 Raosaheb Danve said he feels there should be no objection in renaming cities. (File)

BJP MP and Union minister Raosaheb Danve on Wednesday suggested that there shouldn't be any objection to "renaming" Hyderabad as Bhagyanagar and also other such places whose original names had been changed by foreign invaders by hurting the sentiments of Hindus.

The MoS for Railways was speaking to reporters at a party leader's residence after visiting the RSS headquarters here in Maharashtra. He also called upon Rashtriya Swayamsewak Sangh chief Mohan Bhagwat.

Recently, RSS Akhil Bhartiya prachar pramukh Sunil Ambekar had tweeted about holding a coordination meeting of chief functionaries of various organisations inspired by the Sangh's social service in "Bhagyanagar, Telangana", between January 5 to 7.

Queried whether BJP and its ideological mentor are planning to rename Hyderabad as Bhagyanagar, Mr Danve said, "I feel foreigners who had invaded our country changed the old names (of various places) by hurting the sentiments of Hindus. In independent India, if we change their names again to respect our feelings, I feel there should be no objection in doing that".

The RSS and several BJP leaders have been demanding to rename the Telangana capital as Bhagyanagar.

Mr Danve, who is MP from Jalna in Maharashtra, said they have been demanding renaming Aurangabad city in the Marathwada region as Sambhaji Nagar for a long time.

He also said that Railways would not be privatised.