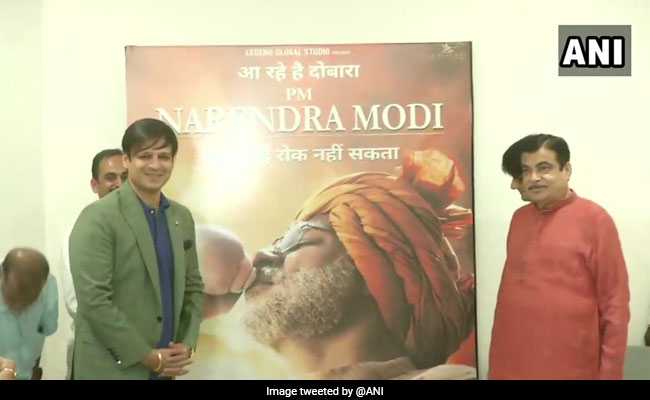 The poster was launched in Nagpur in Maharashtra where producer of the movie, Sandip Singh, was also present, news agency ANI reported. Mr Gadkari, who represents Nagpur in Lok Sabha, is seeking re-election from the constituency.

PM Modi biopic will be released this Friday, a day after the results of the national elections are declared, the producer of the film said earlier this month. The first poster of the movie, which has been embroiled in controversy over its release, was launched in January.

The Supreme Court had last month refused to interfere after the Election Commission stopped the biopic's release till the end of national elections.