LPG Prices May Come Down In March: Dharmendra Pradhan

"During winters, LPG consumption increases, which creates a pressure on the sector. This month, the price increased while next month it will reduce," Dharmendra Pradhan said 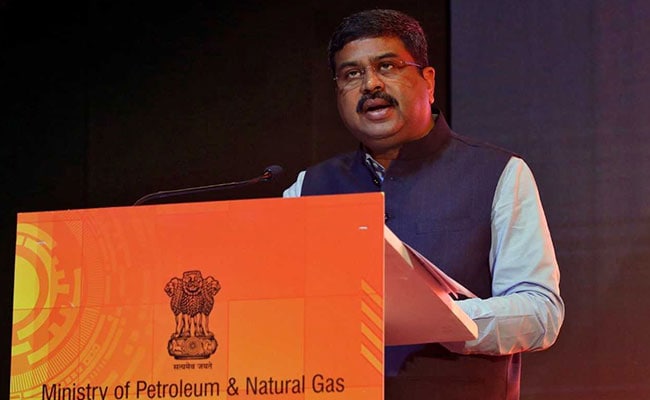 Union minister Dharmendra Pradhan on Thursday said LPG prices may come down next month. Mr Pradhan who is on a two-day visit to Chhattisgarh, was talking to reporters on his arrival at the Swami Vivekananda Airport in the city.

"This is not true that the price (of LPG) is constantly increasing. This month it was hiked due to the international market. However, there are indications that the prices may come down next month," the Minister for Petroleum and Natural Gas, and Steel, said, while replying to a query about the constant rise in LPG prices.

"During the winters, LPG consumption increases, which creates a pressure on the sector. This month, the price increased while next month it will reduce," he said.

Last week, cooking gas LPG price hiked by a steep Rs 144.5 per cylinder due to spurt in benchmark global rates of the fuel. However, to insulate the domestic users, the government almost doubled the subsidy it provides on the fuel to keep per cylinder outgo almost unchanged.

As part of his two-day tour, Mr Pradhan visited the Bhilai Steel Plant (BSP) located in Durg district of the state and hold meetings with the plant officials, union representatives and others.

Visited Bhilai Steel Plant, the pride of India. One of the best integrated steel plant's in the country, BSP is India's sole producer and supplier of world class rails for Indian railways and also a major producer of wide and heavy steel plates and structural steel. pic.twitter.com/9JhYWFb43P

He also visited iron ore mines of the Bhilai Steel Plant in Dallirajhra town of neighbouring Balod district and lay the foundation of a beneficiation plant there.

"BSP holds an important place in our country's steel industry, especially for Indian Railways as it meets 98 per cent of the requirement of rail...How we can further improve the production capacity of the plant will be discussed with its officials during my visit," the Union minister said.