Uttarakhand Government Formation: Pushkar Singh Dhami will continue as the Uttarakhand Chief Minister, the BJP said on Monday, ending the 11-day suspense over it. 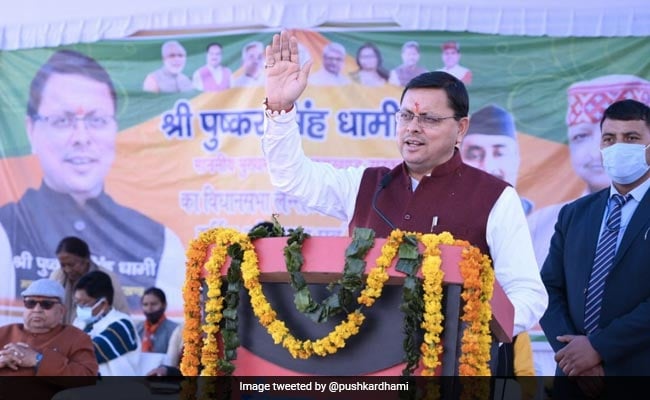 Pushkar Singh Dhami, who will be sworn as Uttarakhand Chief Minister tomorrow, has said that he will provide a transparent government and fulfil all of BJP's pre-poll commitments, including bringing a uniform civil code.

Pushkar Singh Dhami will continue as the Uttarakhand Chief Minister, the BJP said on Monday, ending the 11-day suspense over it.

The BJP's dilemma on the choice of a Chief Minister was caused by Mr Dhami's loss in Khatima, a seat he had been winning since the 2012 Assembly elections.

In his first comments after his unanimous election as the leader of Uttarakhand BJP legislative party on Monday, Mr Dhami said, "We will fulfil all the commitments that we made to people ahead of the polls. The uniform civil code is an important one among them and we will fulfil it too."

Shortly before campaigning for the assembly elections in Uttarakhand came to an end, Mr Dhami had promised to constitute a high-powered committee comprising legal experts, senior citizens and intellectuals to draft the code.

Mr Dhami thanked the people for believing in the vision of Prime Minister Narendra Modi. He also expressed his gratitude to the BJP's central leadership for reposing faith in an "ordinary party worker" like him once again.

"I thank the people for believing in the Prime Minister's vision and giving the BJP a big victory. I also thank Prime Minister Narendra Modi, the Home Minister, party president JP Nadda and Rajnath Singh, who was the party's central observer for Uttarakhand, for showing confidence in an ordinary worker and the son of a soldier like me," Mr Dhami told reporters.

"We will give a transparent government and fulfil the commitments we have made to people. The Prime Minister has given us his vision for Uttarakhand's development and said the decade belongs to the state. We will work in accordance with his vision and make Uttarakhand a leading state when it celebrates the silver jubilee of its existence in 2025", he said.