New Delhi: Prime Minister Narendra Modi has expressed unhappiness about the leak of Class 10 and 12 CBSE papers, which is forcing students to take the exams again, sources told NDTV. Coming a month after the paper leak in SSC exams, the CBSE leak has placed the government in face of Congress allegations of mismanagement.

PM Modi dialled the education minister after the Central education board CBSE decided to set fresh tests for Class 10 Maths and Class 12 Economics following reports of a leak of question papers, sources said.

The paper leak allegations surfaced on Sunday, a day before the Class XII Economics exam, when many students found a hand-written question paper making the rounds on WhatsApp. The next day, they found a huge overlap when they saw the actual question paper. Those who took the exam, however, said the paper was not too difficult.

"PM Modi has always given a lot of importance to fair examinations," said Mr Javadekar, whose HRD ministry handles education. 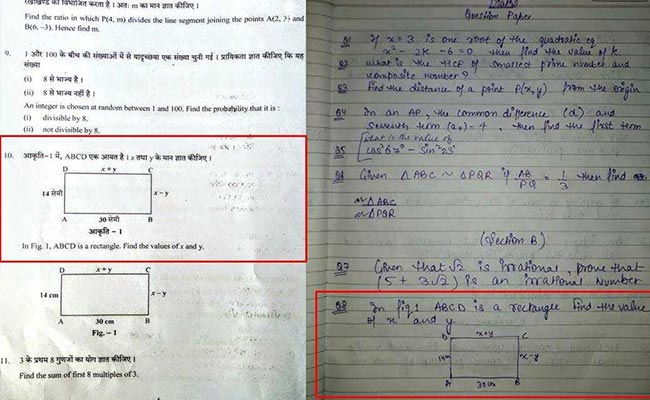 Admitting that parts of the paper were leaked on WhatsApp, the minister said the government has deployed a special Delhi police team to investigate the matter. "We are sure that whoever has done this will be caught soon. They have no right to play with the lives of children," he said.

In future, the government will devise a method to avoid paper leaks with the help of technology, the minister assured, adding, "I just want to tell the parents and children that it is extremely unfortunate that this incident happened."

With four arrests reported this morning in the other huge paper leak case, the SSC exam -- through which recruitment is made for clerical level government jobs -- the Congress hit out at the government.

Promoted
Listen to the latest songs, only on JioSaavn.com
"Aabki baar paper leak Sarkar (Go for a paper leak government)" jeered Congress' Randeep Singh Surjewala. "First, the SSC paper leak put a question mark on the future of 2 million young people and now the CBSE tenth and twelfth paper leaked! The future of millions of youth in jeopardy!" the Hindi tweet read.

The arrests made last evening had confirmed the allegations of paper leak. Lakhs of students had held a week-long protest across the country in February, till the government ordered a probe by the Central Bureau of Investigation.