Unable To Get Fertiliser, Madhya Pradesh Farmer Allegedly Kills Himself

Dhanpal Yadav was desperate for fertilizer, and had been going from centre to centre, deeply worried about his crops, his family said. 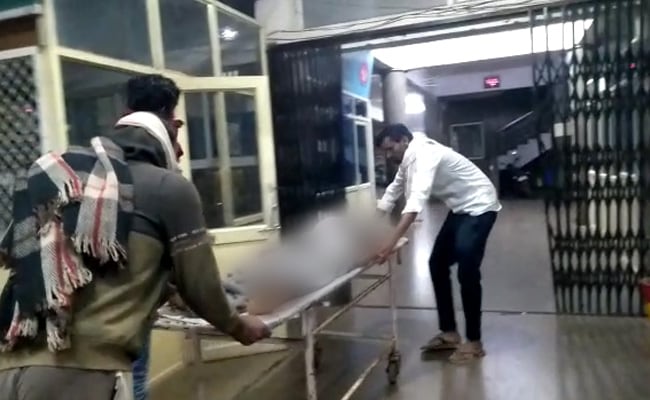 A farmer in Madhya Pradesh died allegedly after taking poison after failing to get fertilizer for his failing crop.  Dhanpal Yadav, 44, had been queueing up for fertiliser for 15 days in distribution centres at Ashok Nagar.

Dhanpal Yadav owned 12 bighas (around 4 acres) of land in Piprol, which falls in the Gwalior-Chambal district. He was desperate for fertilizer, and had been going from centre to centre, deeply worried about his crops, his family said.

His younger brother Vivek Yadav and nephew Vijaypal Yadav alleged that he was already in despair over low yield from his farm last season. "He had been going to societies that were distributing fertilizer for 10-15 days, but was unable to get fertilizer. He consumed poison on Thursday evening," said Vivek.

Yadav was brought dead to the Ashok Nagar district hospital. "It appears to be a case of poisoning. His family said he had consumed poison. But the actual cause of death will be established by the autopsy," said Dr Gaurav Bansal.

A shortage of fertilisers like Di-ammonium phosphate (DAP) has hit farmers across the state. In recent weeks, hundreds have slept outside distribution centres in Ashok Nagar district just to be able to get a token to buy fertilizers. Some complained that they could not get any despite waiting in the queue the whole day.

Earlier this month, a near-stampede was seen outside a cooperative society in Morena as farmers waited their turn to pick up fertilisers. The police used sticks to control the chaos, visuals of which went viral.

There is virtually no DAP stock in 3,400 cooperative societies in the state.

The Centre has said the shortage of DAP fertilisers, which are imported, is on account of international prices.

Chief Minister Shivraj Singh Chauhan had said the availability of fertilisers like DAP, Urea and NPK would be ensured and farmers need not worry.  He said discussions had been held with the central government for supply of fertilizers in November.

"Shed the mindset of manure shortage and don't worry, required quantities of manure will be provided from time to time. 32 additional rakes will reach various places in the state by October 31. This urea will be made available to the farmers," Mr Chouhan said.