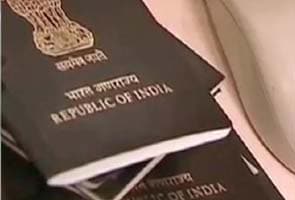 London: The UK government's plan to introduce a controversial new visa bond scheme was termed as "unfair and discriminatory" by senior politicians and the Indian Industry.

The UK Home Office has announced a pilot scheme under which most visitors from six high-risk Afro-Asian countries, including India, Pakistan and Nigeria, will be required to furnish a 3,000 pounds bond for a six-month visit visa, which they will forfeit if they overstay in Britain.

India's leading industry body, the Confederation of Indian Industry (CII), added its strong opposition to the proposed scheme, which is set to be made permanent following the 12-month trial.

"The suggested changes are not only discriminatory they are also against the 'special relationship' publicised by the UK government. We share the UK's concern on illegal immigration but surely there are other more effective and non-discriminatory ways to put a check on it," the CII said in a statement in London.

"CII strongly feels that such blanket rules for visas will negatively affect not only businesses, especially small businesses, it will also further bring down the number of students going to UK for higher studies and affect the tourism inflow from India to the UK. This will also not help the cause of early conclusion of EU-India FTA (free trade agreement), for which both the parties are committed," it added.

Senior British Indian MP Keith Vaz pointed to a "number of holes" in the test scheme, which is set to run for 12 months starting this November.

"I am worried that the plans could potentially alienate already settled communities in the UK," Vaz said, adding that he would question the home secretary on the issue when she appears before the parliamentary Home Affairs Select Committee, which he chairs.

Promoted
Listen to the latest songs, only on JioSaavn.com
Lord Navnit Dholakia, deputy leader of the Liberal Democracts - the coalition partner of the UK's
Conservative-led government, also raised the issue in the House of Lords.

Some Cases Of "Black Fungus" Seen In Kerala: Chief Minister