In a communique today, the foreign ministry said, "The Indian Embassy in Ukraine, which was temporarily operating out of Warsaw (Poland), ould be resuming its operation from Kyiv w.e.f 17 May 2022". 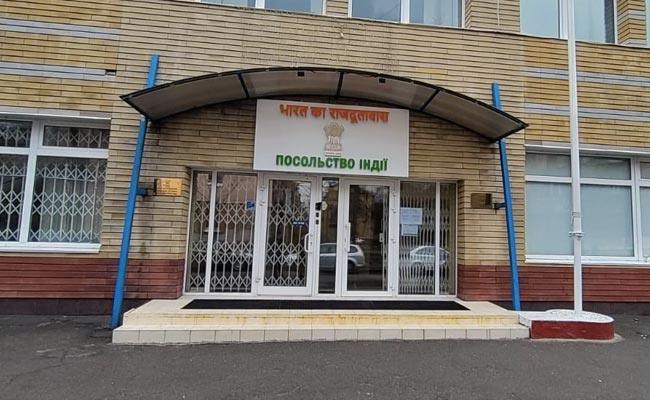 The Indian embassy in Kyiv had relocated to Warsaw on March 13.

The Indian embassy in Ukraine -- shut after Russia invaded the former Soviet republic -- will reopen shortly in Kyiv. The embassy operations in the Ukraine Capital had shut down in early March after Russian shelling intensified days after the February 24 invasion.

On March 13, the embassy had relocated to Warsaw after most Indian nationals were evacuated from Ukraine.

In a communique today, the foreign ministry said, "The Indian Embassy  in Ukraine, which was temporarily operating out of Warsaw (Poland), would be resuming its operation from Kyiv w.e.f 17 May 2022".

Several Western political leaders including UN Secretary-General Antonio Guterres and Canadian Prime Minister Justin Trudeau have recently visited Irpin and other residential areas around the Ukrainian capital, where Russian forces have been accused of killing hundreds of civilians.

Ukraine has said it will launch its first war crimes trial, bringing a 21-year-old Russian service member to the stand who allegedly shot down an unarmed 62-year-old civilian to stop him from serving as a witness to a carjacking.

Britain and the Netherlands have sent war crimes investigators to Ukraine to assist local and International Criminal Court teams probing possible mass atrocities, including in the Kyiv suburb of Bucha, where at least 20 bodies were discovered on April 2.

Since the Russian invasion started on February 24, more than six million refugees have fled Ukraine, according to the UN refugee agency. Ninety per cent of them are women and children.