Uddhav Thackeray's Attack On BJP In Ayodhya Draws From Ramayana

Uddhav Thackeray has demanded that the Union government bring a legislation or ordinance for the temple's construction without further delay. 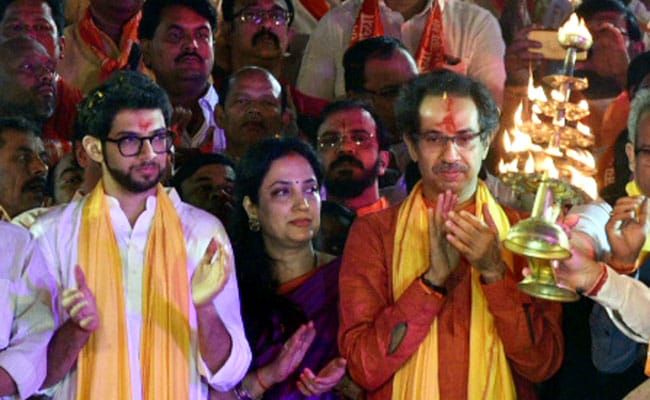 Uddhav Thackeray came to Ayodhya with his wife, Rashmi, and son, Aditya.

The ties between the BJP and Shiv Sena haven't been very warm of late. However, the strain seemed more pronounced than ever on Saturday, when Shiv Sena chief Uddhav Thackeray took his resentment halfway across the country and compared the Narendra Modi government to Kumbhakarn -- the mythological villain famed for his uninterruptible stupor -- while attacking it for the delay in building a Ram temple in Ayodhya.

"Days, months, years and generations have passed, but the promise remains unfulfilled," he taunted the ruling BJP before a crowd of supporters in the holy city. "You say mandir wahi banayenge (the temple will be built right here), but are unwilling to quote a date. Why don't you do that first, and then we shall talk."

Like other right-wing leaders before him, Mr Thackeray also demanded that the Union government bring a legislation or ordinance for the temple's construction without further delay. "Today's Kumbhakarn has been sleeping for the past four years," he said in another jibe targeted at Prime Minister Narendra Modi.

The Shiv Sena leader arrived in Ayodhya with his wife Rashmi, son Aditya and scores of Sena supporters just a day ahead of the 'Dharm Sabha' -- which will be organised separately by the Vishwa Hindu Parishad on Sunday -- to push for the construction of the Ram temple. He brought with him a pot of soil from the Shivneri fort in Pune, which would be handed over to the priest conducting rituals at the site of the demolished mosque. 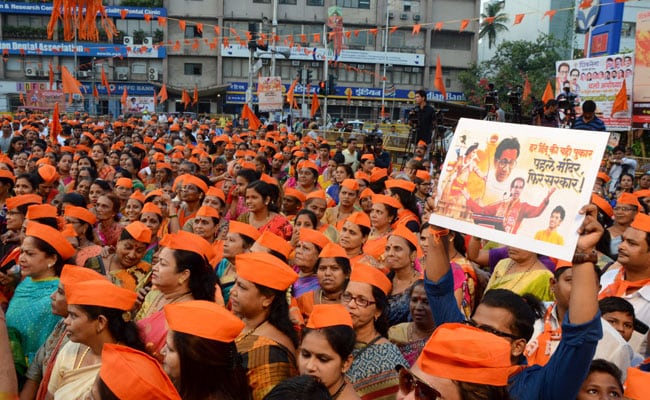 The Shiv Sena, which has been seething at the BJP ever since it was reduced to 63 seats in the previous assembly elections, misses no opportunity to taunt the Modi government over the temple issue. Two days ago, Mr Thackeray criticised the manner in which the Ram temple issue was habitually raked up before every election, and wondered how long the BJP can keep the people "fooled" with the mandir wahi banayenge slogan. "During my visit to Ayodhya, I will ask them how many more elections will pass before the temple is finally constructed," he said.

The very next day, party leader Sanjay Raut asked the BJP to explain why bringing about a legislation to construct the Ram temple should take so long. "When we brought down the Babri mosque in 17 minutes, why are you taking so long to introduce a law?" he questioned. "It is BJP all the way from Rashtrapati Bhavan to Uttar Pradesh. What else do you want?"

The Ram temple is not the only issue the Shiv Sena targets the BJP on. There were occasions when it went so far as to side with the opposition on matters such as demonetisation and electronic voting machines, but always stopped short of cutting ties with its ally.

Around 35 senior police officers, in addition to 160 inspectors and 700 constables, have been deployed in Ayodhya, besides 42 companies of the Provincial Armed Constabulary, five Rapid Action Force teams and several anti-terrorism squad commandos. Drones also being used to keep an eye on the venue.

Sunday's 'Dharm Sabha' is likely to be attended by over two lakh people.