Uddhav Thackeray Hits Out At Modi Government Over Plight Of Farmers 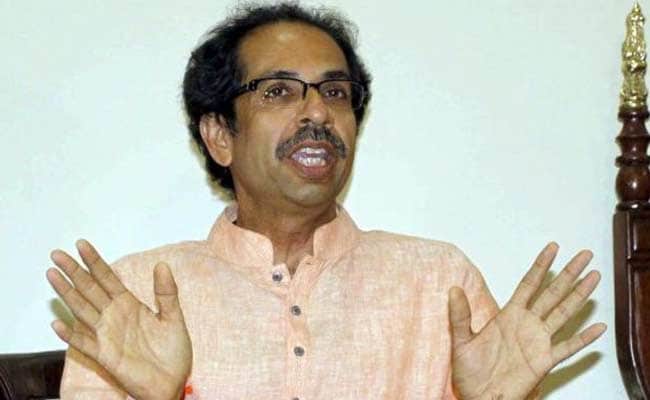 Osmanabad: Hardening its stand against ruling partner BJP, whom it has kept out of the party's golden jubilee celebrations tomorrow, Shiv Sena today fired a fresh salvo at the Narendra Modi government over the plight of drought-hit farmers in Marathwada region of Maharashtra.

He also criticised the BJP-led state government for "doing nothing" for farmers and for running a "false propaganda" in the name of development.

"Central government is organising various conventions for industrialists under its (flagship) 'Make In India' programme, but is doing nothing for the welfare of distressed farmers in Marathwada region," Mr Thackeray, who was on tour of Osmanabad district in Marathwada region, said at Bavchi village.

He demanded that a 'Pani Parishad' (water convention) be organised with an aim to eradicate the severe drought.

He performed a 'jal poojan' ritual of water that got accumulated after recent rain in various water conservation works being carried out under the party's "Shivjal Kranti" scheme in the region.

In a veiled attack on Chief Minister Devendra Fadnavis over his pet "Jalyukta Shivar" (water conservation) scheme, Mr Thackeray said, "Sena is carrying out water conservation works under the 'Balasaheb Thackeray Shivjal Kranti scheme'. No other political party has done this for the people."

He said not only Sena but other parties too are unhappy over the handling of farmers' issue by the state government.

Sena has organised a rally in suburban Mumbai tomorrow to mark 50 years of its formation on June 19, 1966 by Bal Thackeray.

Interestingly, Sena has not invited its alliance partner, BJP for the golden jubilee celebration.

After Aparna Yadav, Another Akhilesh Yadav Relative To Join BJP