UAPA Amendment Bill 2019: All You Need To Know About Anti-Terror Bill

UAPA Bill: Home Minister Amit Shah said a four-level scrutiny has been provided in the amendment and no human rights will be violated. 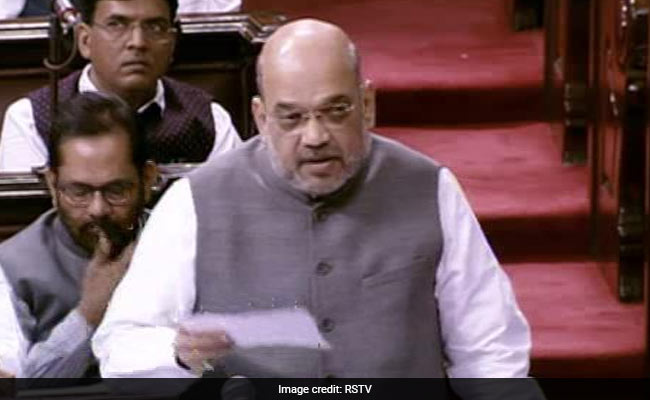 The UAPA Amendment Bill allows the government to tag individuals as terrorists.

The UAPA Amendemt Bill or anti-terror bill was passed in the Rajya Sabha today. This Bill amends the Unlawful Activities (Prevention) (UAPA) Act, 1967. The UAPA Amendment Bill allows the government to tag individuals as terrorists if they commit or participate in the acts of terrorism, prepare for acts of terror, promote terrorism or are otherwise involved in terrorism. Earlier, the government was only empowered to designate organisations, and not individuals, as terrorists.

The new provisions also empower the Director-General, National Investigation Agency (NIA) to grant approval of seizure or attachment of property when the case is investigated by the agency.

The Unlawful Activities (Prevention) Activities (UAPA) Amendment Bill gives authority to the NIA officers, of the rank of Inspector or above to investigate cases.

The Lok Sabha has already passed the amendments to the UAPA Bill on July 24. In the Rajya Sabha, 147 members voted for the legislation while 42 members dissented it.

The Congress and several other opposition parties opposed the provision of designating an individual as a terrorist and urged the government to refer the Bill to the Select Committee for further scrutiny.

Replying to the same, Home Minister Amit Shah said a four-level scrutiny has been provided in the amendment and no human rights will be violated.

Mr Shah said declaring individuals as terrorists is required as they float different organisations once an institution is banned.

Global terrorists Masood Azhar and Hafiz Saeed will be the first two to be banned as individuals in India after the UAPA amendments are notified by the government. While Hafiz Saeed was the brains behind the 2008 Mumbai terror attacks, Masood Azhar was responsible for the recent Pulwama attack as well as the 2001 attack on parliament.

The main objective of the Unlawful Activities (Prevention) Act (UAPA), 1967 was to make powers available for dealing with activities directed against the integrity and sovereignty of India. The Act has undergone several amendments in the past.