PM Modi in an interview with the UAE's official news agency, WAM, said that India has found a "valuable partner" in the UAE to achieve its ambitious dream of becoming a USD 5 trillion economy. 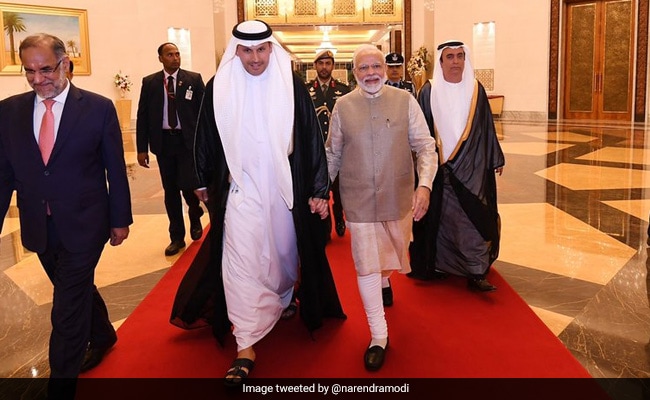 "We consider UAE as a valuable partner in realising the objective to reach $5 trillion economy," PM said

India's relations with the UAE are "at their best ever" as bilateral ties have been elevated from a mere "buyer-seller" to that of a comprehensive strategic partnership in the last four years, Prime Minister Narendra Modi has said as he highlighted the excellent rapport between the leadership of the two countries.

PM Modi in an interview with the UAE's official news agency, WAM, said that India has found a "valuable partner" in the UAE to achieve its ambitious dream of becoming a USD 5 trillion economy.

"India has embarked on the ambitious, yet achievable, path to be a USD 5 trillion economy by 2024-25. We are targeting about USD 1.7 trillion dollar worth of investments in the coming five years. To achieve this vision, the government is working to promote inflows from domestic as well as foreign sources," PM Modi said, who is in the UAE on the second leg of his three-nation tour.

The Prime Minister believes that his third visit to the UAE, in the last four years, reflects the desire and will of the two countries to sustain the momentum achieved in the bilateral relationship.

"We consider the UAE as a valuable partner in realising the objective to reach USD 5 trillion economy through a mutually beneficial partnership," said PM Modi who started on Friday night a two-day state visit to the UAE.

"There has been an increasing interest in investments in India in sectors ranging from renewable energy, food, ports, airports, defence manufacturing and other sectors," the Prime Minister added.

"UAE investments in (sectors such as) infrastructure and housing are being enhanced. The UAE is our third largest trade partner with about USD 60 billion bilateral trade in 2018-19. Many of our companies are investing here in the UAE. Both countries are working closely and vigorously to implement the commitment of USD 75 billion investment by the UAE in India," he said.

Annual bilateral trade between India and the UAE stood at about USD 60 billion. The UAE is also a key source of energy for India, being the fourth-largest exporter of crude oil for India, the Ministry of Foreign Affairs said in a statement in New Delhi ahead of his visit to the kingdom.

On his relations with Sheikh Mohamed Bin Zayed, the Crown Prince of Abu Dhabi, PM Modi, said that "the Crown Prince and I regard each other as brothers. We have developed enormous goodwill and mutual respect. I believe that the excellent rapport between the two of us is an important driving force in realising the true potential of our relationship."

"We share a common vision for our bilateral relations and I highly appreciate the initiatives of His Highness the Crown Prince for regional peace, prosperity and stability, PM Modi said, who will received the ''Order of Zayed,'' the highest civilian decoration conferred by the UAE government.