Two dead as Mangala Express derails near Nashik in Maharashtra 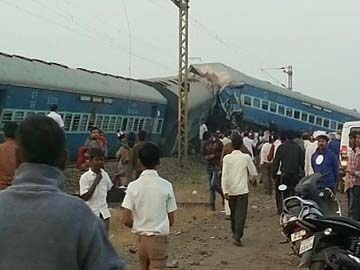 The train had started from Delhi and was bound to Ernakulam in Kerala.

Nashik: At least two persons died and 15 others seriously injured as eight coaches of Hazrat Nizamuddin-Ernakulam Mangala Express derailed this morning, 30 km away from Nashik in Maharashtra.

Railway authorities said more casualties are feared in the accident, which happened at around 6.30 am between Ghoti and Igatpuri stations.

The cause of the accident is not yet known, railway authorities said. Relief and rescue operations are on.

Promoted
Listen to the latest songs, only on JioSaavn.com
The derailment has blocked railway traffic on the busy Mumbai-Nashik route. Various trains, including Manmad-Kurla-Godavari Express and Manmad-Mumbai Panchavati Express have been cancelled, PTI said.