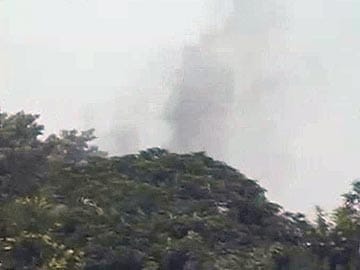 The first bomb was detonated by NSG experts.

Patna: Two days after a string of bombs exploded at Gandhi Maidan in Patna just before Narendra Modi's massive rally, three more bombs have been found in the park, despite it being cordoned off for inspection by forensic and other experts.

At least one of these bombs was very powerful, a senior policeman said.

One bomb was found this morning and detonated under the supervision of commandos from the National Security Guard or NSG. Bomb disposal teams are still working to defuse the other two.

On Sunday, six people were killed and 83 injured in a string of crude bomb explosions that ended just before Mr Modi, the BJP's prime ministerial candidate, addressed tens of thousands of supporters at Gandhi Maidan the heart of the city.

The National Investigating Agency, which probes terror attacks, has taken over the case.

The Bihar Police has blamed terror group Indian Mujahideen, though the group has not claimed responsibility. Two people have been arrested.

Just four days before Mr Modi's rally, the state's Intelligence Bureau had warned the Bihar Police in writing that Mr Modi was likely to be targeted at election rallies. But there were no metal detectors at the six entrances to Gandhi Maidan, and the police later admitted that it had not been able to sanitize the entire park.

Promoted
Listen to the latest songs, only on JioSaavn.com
One of the six bombs that exploded at Gandhi Maidan, exploded just 150 feet from the stage where Mr Modi and other BJP leaders appeared.